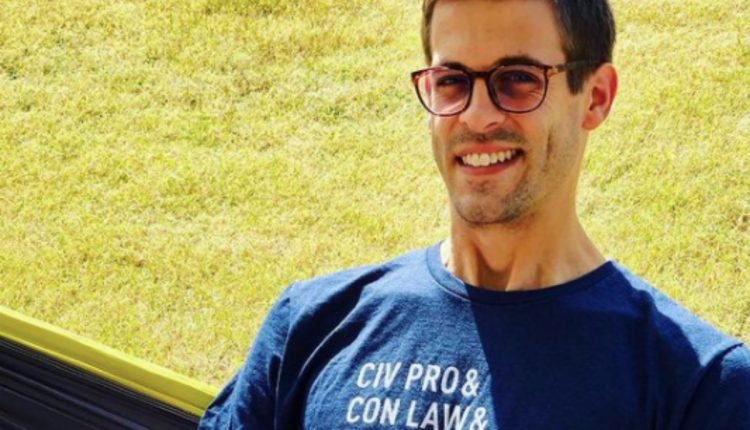 The news is out that Justin Duggar is now engaged and there has already been a lot of talk about how he is too young to be getting married. One of the family members that started the talk is Derick Dillard, who is married to Justin’s sister, Jill Duggar. Derrick spoke out to his fans about how Justin is incredibly too young to be married and he got a lot of heat for it.

Justin is now engaged to Claire Spivey and it all happened on his 18th birthday. This means that the two of them have been courting for some time now and many fans of Counting On believe that is too young to be married. They have been courting for 14 months and this seems early for such a serious relationship. 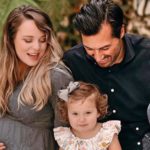 On November 18, Counting on cast member Derrick posted a picture of himself with his sons. He captioned it, “Just another day of clinic work with my law partners.” Fans loved it and they gave him a lot of positive feedback. There was one fan who decided to bring up Justin and Clarie’s engagement. This fan had read that Derick had frowned upon Justin’s early engagement. 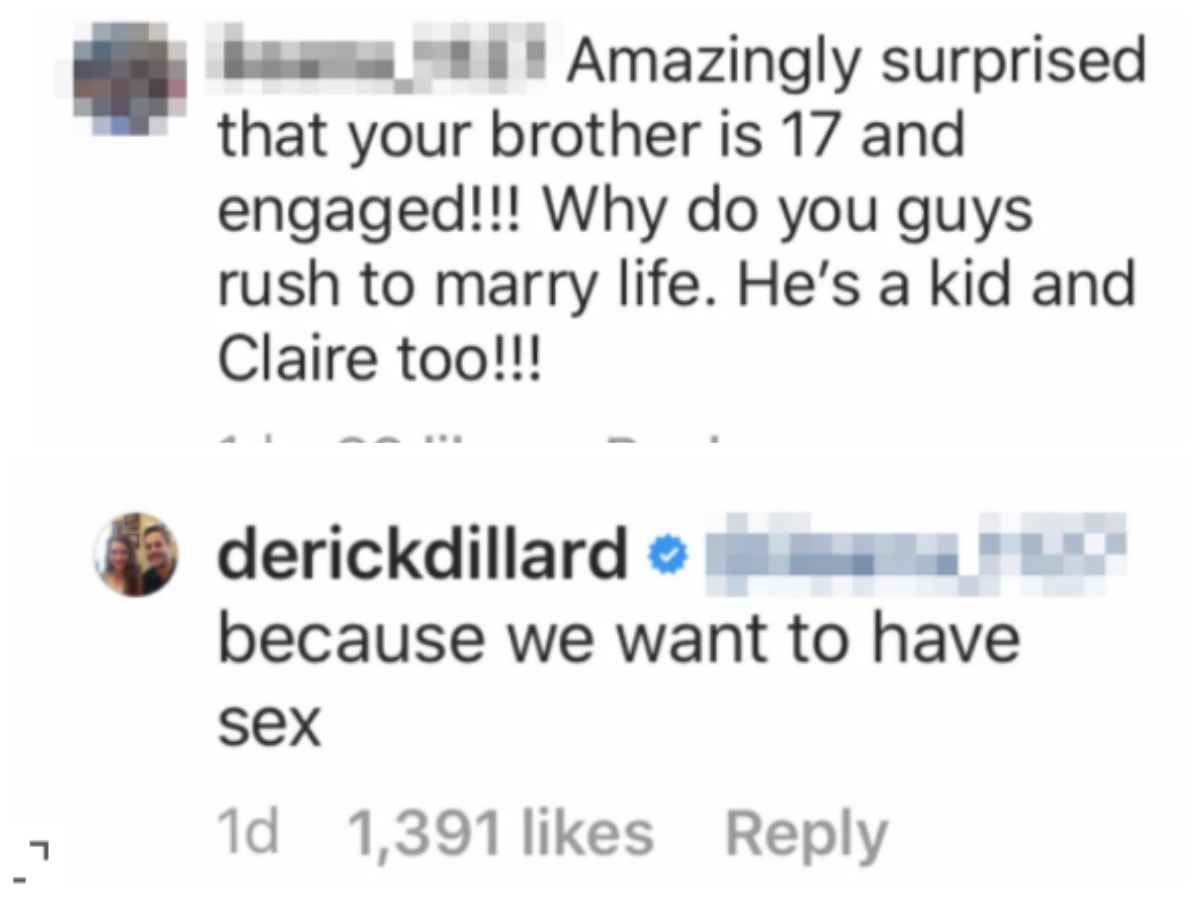 The fan wrote, “The reason why Justin Duggar is getting married is because he is in love. You don’t get married because you want to have sex. I read your comment on your wife instagram and I had to comment. Take Justin and his fiancee feeling into consideration. Be nice and try not to start drama with the family. Life is too short and money is the root of all evil. I hope you can work things out with the family.”

The comments that Derick had made were on his wife’s Instagram account. He made mention of the fact that Justin was just wanting to get into bed with Claire and that was why they got engaged so early on. This really irritated some fans and there has been a lot of backlash since he made the comment. Who knows what he will say next about the engagement.

We are happy for Justin and Claire and we will keep you updated about their engagement and marriage.