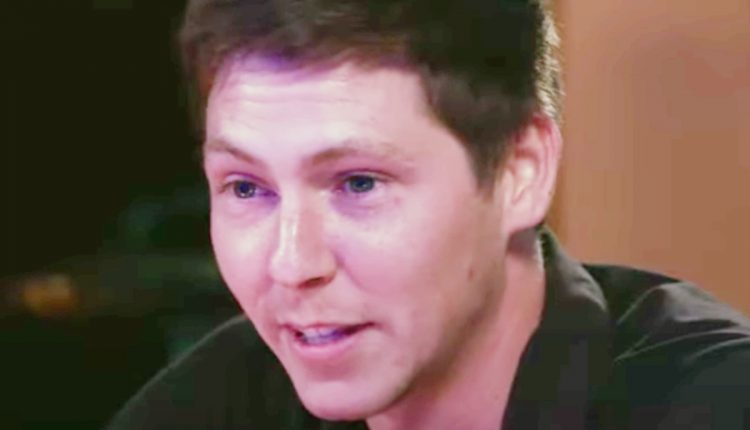 TLC’s 90 Day Fiancé spoilers tease that Brandon Gibbs and Julia Trubkina may have actually had hot tub sex seven times on the sneak, according to a cryptic Instagram photo he posted recently. The bizarre photo has seven copies of his head photoshopped into a photo of a hot tub seven times – oops, make that EIGHT! with an area designed to look like cloudy water! Betty Gibbs might just ground the naughty 90 Day Fiancé couple if she sees that post!

90 Day Fiancé viewers will remember when Brandon and Julia were chastised by Betty Gibbs over hot tub rules. The two had already had at least one naked romp in the hot tub on the sneak when Betty noticed some cloudy water! Betty gave some pretty strict hot tub rules to the couple then, telling them not to go in the tub with their clothes on, confusing Julia, who couldn’t understand why she and Brandon had to sleep in separate bedrooms and yet get in the hot tub naked! Betty most likely did not intend for them both to be in the hot tub at the same time!

According to Brandon in his latest Instagram post his mother told him the hot tub was to be used for therapeutic reasons only, not for “entertainment”. Brandon commented that it has been pretty therapeutic for him! With the bizarre photoshopped hot tub with eight of his head and a cloudy area of water, is he trying to say that Julia and he snuck in some hot tub sex at least seven or eight times without his ever vigilant parents knowing about it? It’s a shock that Betty and Ron don’t have surveillance cameras and baby monitors in all rooms and areas of the farm, including bathrooms and the hot tub to keep their highly sexed up son and his girlfriend in line!

90 Day Fiancé Spoilers – Fans Had Mixed Reactions To The Posting

Fans had mixed reactions to the posting, to say the least! One commented her opinion of what Brandon was hinting in an amusing way, telling others to look at all the little Brandon swimmers! Another commented that she was concerned for Betty, worried that Brandon’s poor mom would have a heart attack if she saw the post! Yet another commented that he’d be grounded for a week, while another commented that Betty’s main concern shouldn’t have been whether Brandon and Julia were wearing clothes in the hot tub or not! 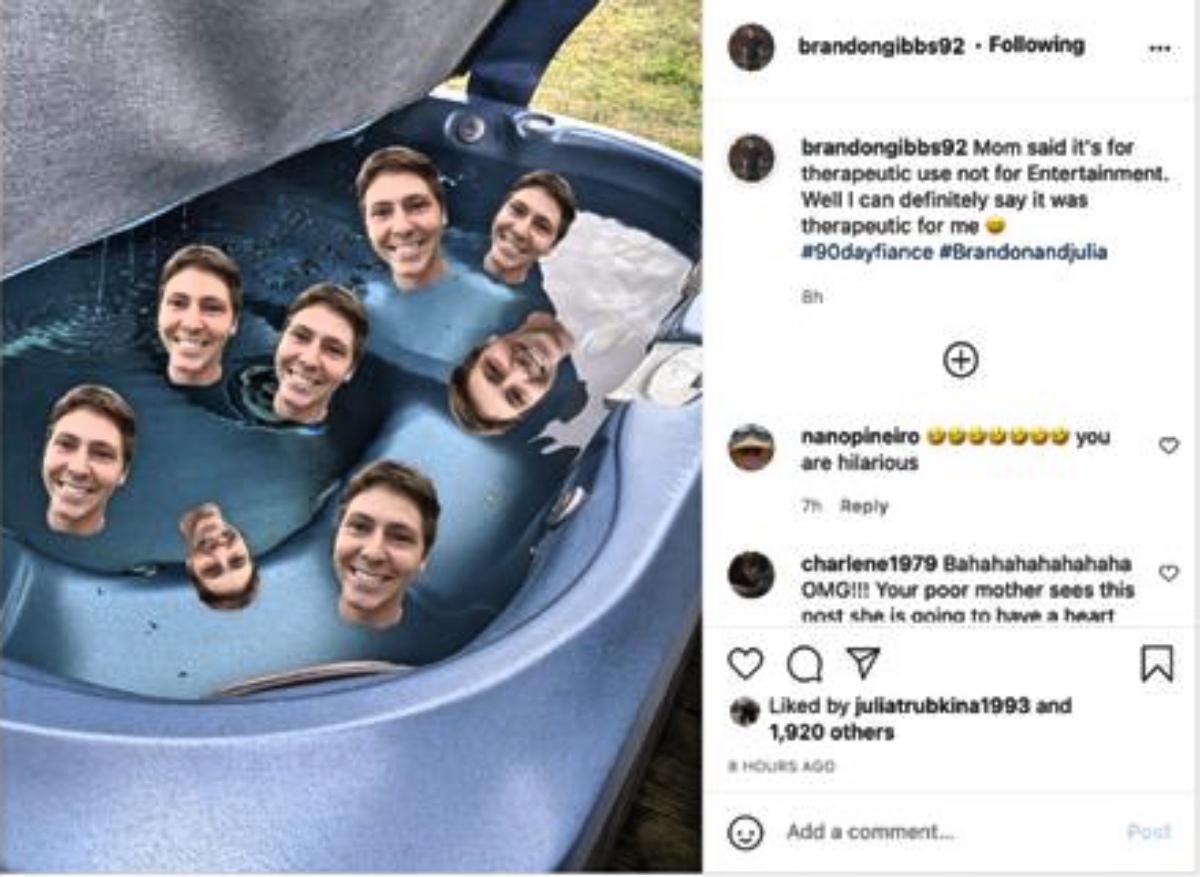 There was even one fan who commented that Betty herself would become pregnant the next time she got in the hot tub because of the “cloudy water”! In fact, Julia did have a pregnancy test come out positive this season several episodes ago and there are plenty of rumors and speculation that Brandon and she now have a baby and have moved out on their own. Brandon actually did agree to move out, after Julia complained that she was not happy living on his parents’ farm and being forced to do all kinds of farm chores, from slopping hogs to walking dogs! But Brandon’s hot tub post seems to indicate that perhaps they are back on the farm or never actually moved out – unless, of course, they return in the dead of night to have sneaky hot tub sex right under his parents’ noses!