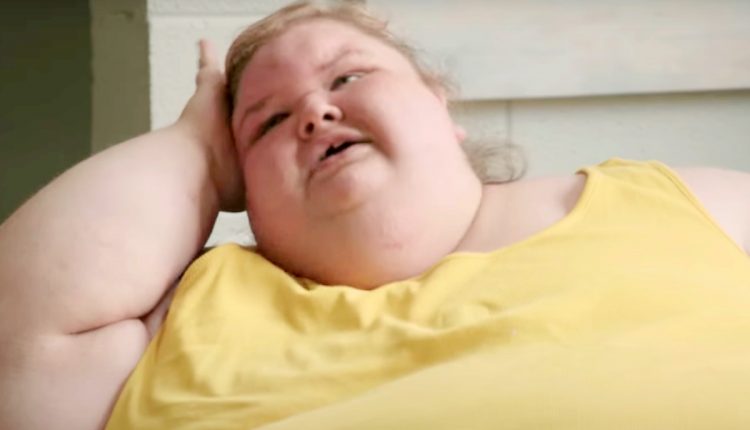 1000-Lb. Sisters news reveals that show stars Tammy and Amy Slaton have shown fans they are capable of great change since the show debuted. Both worked on losing weight in order to qualify for bariatric weight loss surgery but unfortunately Amy, who is now pregnant, was the only one who reached the requirements. She has lost an incredible amount of weight while Tammy watches from the sidelines and finds it hard to deal with what she calls the hate her sister is not subject to.

In a clip from Monday’s episode Amy says she doesn’t, “get as many hate comments as I did, about a year ago.”

“Since I had the surgery and got pregnant, I’m getting a lot less hate, where Tammy’s getting a lot more hate. I feel bad, but haters gonna hate.”

Tammy responded by telling her that the “haters” have no idea of what she’s going through.

“I mean, it doesn’t make it okay for people to [say], ‘Oh, you’re not doing what you’re supposed to be doing.’ ‘Amy looks great.’ ‘You’re not doing anything.’ Bull crap. How do they freakin’ know?” 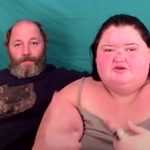 Obviously Tammy, as anyone else would, does not appreciate strangers commenting on her appearance and motivation. She is right, no one really knows what happens in her day to day life. But, she has to also understand that being on a reality show opens her up to public criticism.

Tammy has dealt with depression and once attempted suicide and she reminds others that it’s not easy to deal with the negative comments.

“I don’t know if these people have intentions on trying to help by hating, but it’s not helping,” she says. “I’m an emotional eater. And I wear my heart on my sleeve. I’m easy to upset. And things like that doesn’t help me.”

“They know, they see that I’m putting weight on. I know too. I don’t need people pointing it out to me,” she says to Amy. “Stop all the freakin’ hating.”

1000-Lb. Sisters News: The Reality Show Stars are Speaking Out

Amy is concerned about Tammy and says an upcoming meet-and-greet event could impact Tammy’s mental health.

“In a few days, we’re gonna have the meet-and-greet, and there’s always a chance of haters showing up,” Amy says. “So I’m worried it’ll make her depressed, and she might overeat.”