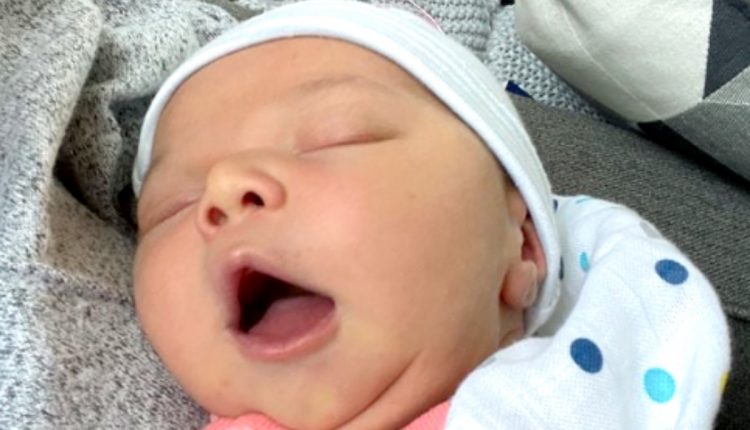 Mykelti Brown and Tony Padron’s first child arrived a week ago, and now they’re sharing an update about their little girl. They named her Avalon Asa, and she seems to be doing well.

In an Instagram post, Mykelti talks about her little one’s first week. She writes, “Avalon Asa’s first week of life. She loves water and sleeps great. So much fun to play with. Just a gorgeous cuddle bug. Her favorite chilling position is on my chest with her butt up.”

Along with sharing the message with fans, Mykelti shares a series of photos with her Instagram followers. In one photo, the baby is enjoying herself in the bath. From the pictures, it looks like she’s a pretty relaxed baby. She is even sleeping with her mouth open in one photo. 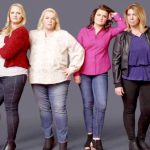 How did they choose her name?

In a comment, a fan asks how Avalon’s name was chosen. Mykelti writes, “I picked the first so he got the second.” She doesn’t give any additional information about the baby’s name.

The name Avalon is a Celtic name that means “island of apples.” Asa means “healer; morning; of the gods.” Fans agree that it’s a beautiful name, and it fits the baby well. 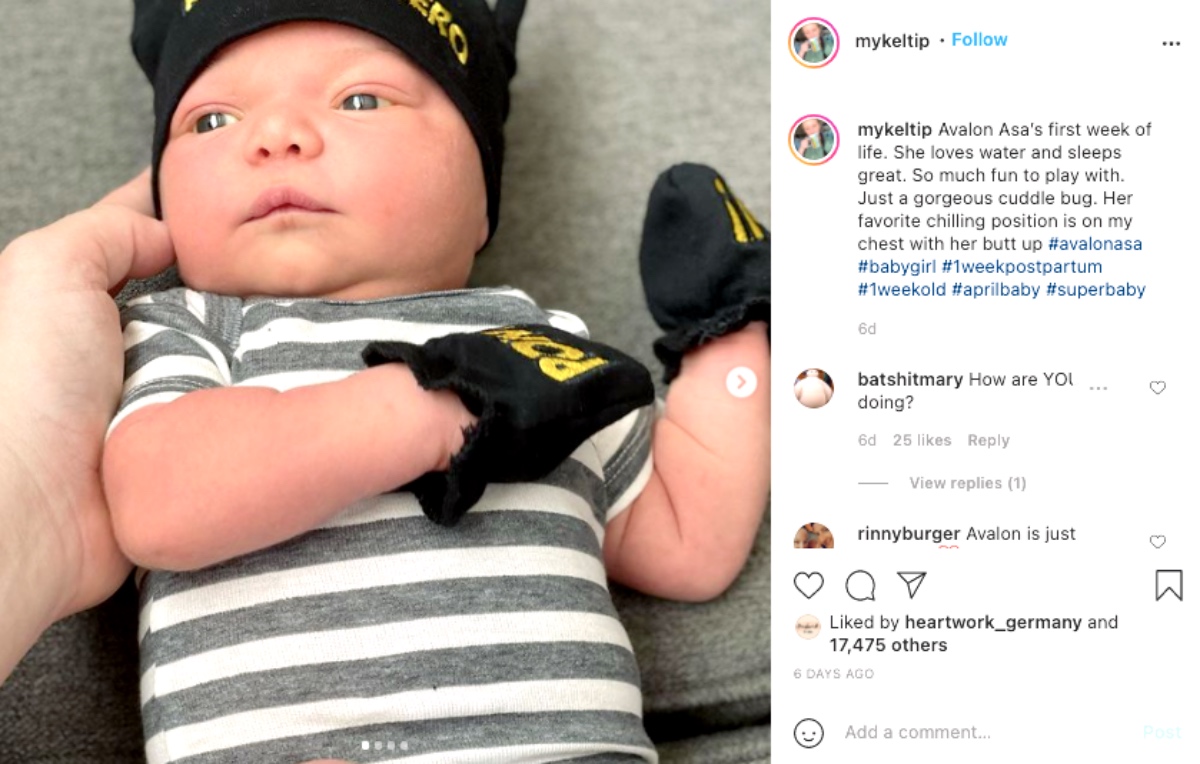 Fans want to know how Mykelti Brown is doing

Mykelti’s post focuses on her baby girl and how she’s doing. Fans love reading about Avalon and think she is a beautiful baby. They hope to see more photos of her as she grows. Some fans are worried about Mykelti, though. As she adjusts to motherhood and experiences everything that comes along with the postpartum phase, fans want to make sure she’s okay.

This isn’t an easy time in a mother’s life, and Mykelti didn’t give an update about herself. Instead, she focused on her daughter in her post, so fans made sure to check in on the new mom too.

In her comments section, a few fans are asking her how she is. She simply responds, saying she’s doing “very well.” Fans are glad to hear that the Brown-Padron family is adjusting well to their new addition. They are excited to learn more about the little girl as she gets older.