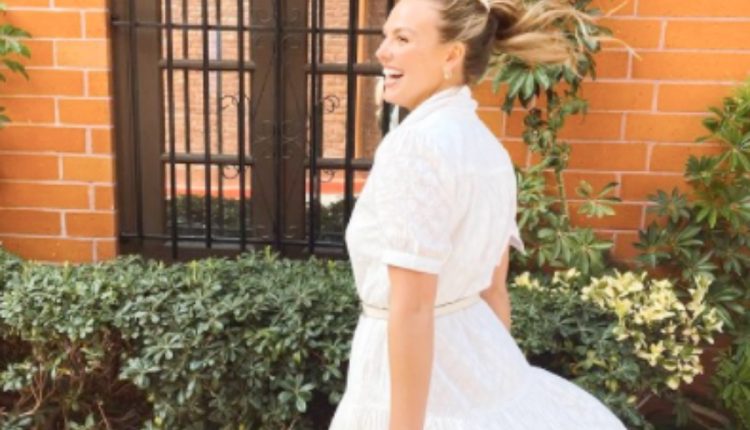 Bachelorette: Hannah Brown Holds A Dance Party For One 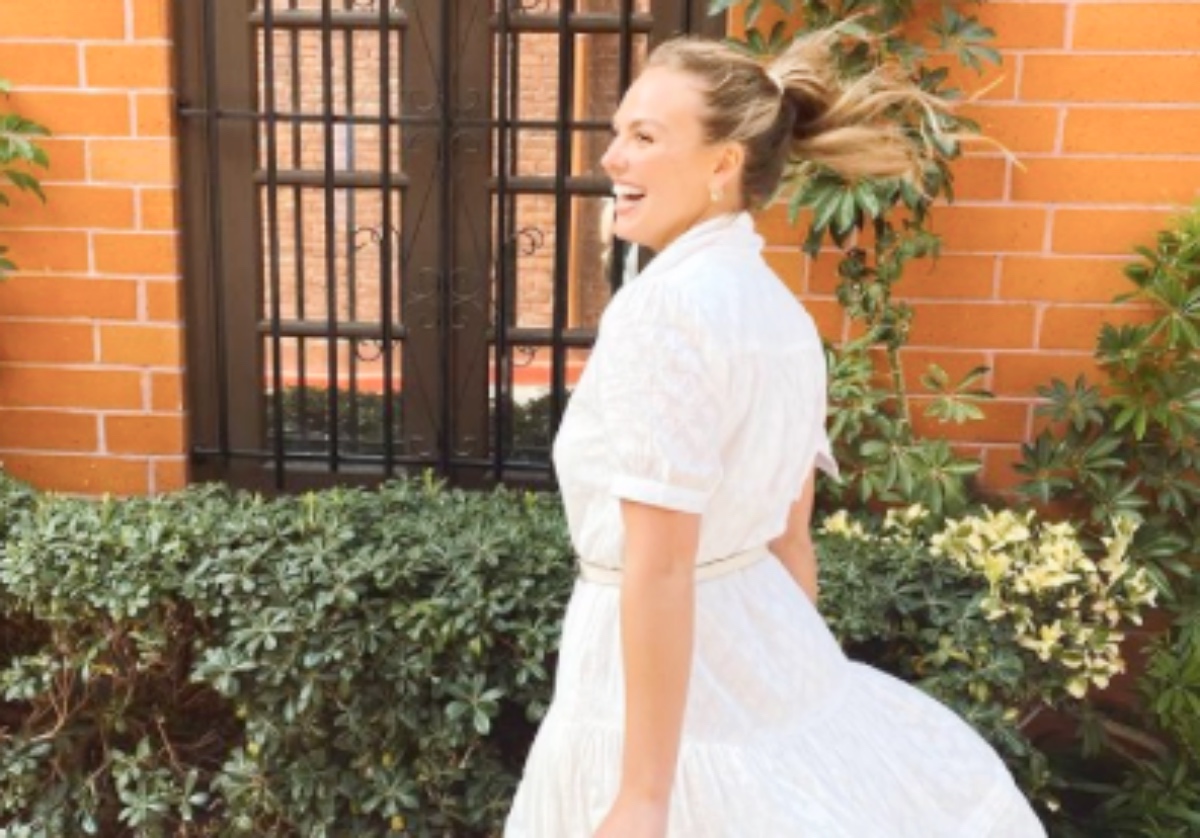 Bachelorette alum Hannah Brown went on from the show and joined the competitors on Dancing With The Stars. She took home the Mirror Ball Trophy but injured herself. So, she works out less often than before. On Sunday, April 18, she failed at her workout and instead enjoyed a dance party for one. It looks like she works hard at not feeling too guilty about lowering her fitness targets.

When Hannah Brown starred in Dancing With The Stars, ABC fans hoped that Tyler Cameron might also join the cast. After all, they always hoped that he and Hannah could get back together. Recall, she chose Jed Wyatt over him in her season. However, it came to nothing. Despite him dropping major hints that he loves dancing, he didn’t get the nod. These days he looks seriously ripped and fans sometimes get a bit of a thirst trap post from him. 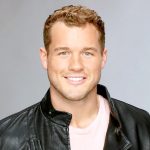 The Bachelorette alums parted their ways, and it looks like the Tyler-Hannah union slips away as she found a new boyfriend, Adam Woolard. While Hannah won her trophy without Tyler there, she also injured herself. Dancing takes a lot of hard work and fans often see the competitors nursing their injuries. Apparently, it takes Hannah so long to get over her injuries, she barely works out these days. However, she starts working out slowly and sometimes, incorporates dance moves.

On Sunday, the Bachelorette alum shared a video clip of herself working out. She danced to the music and talked about guilt. Her top tag read: “Beyoncé•Crazy In Love (feat. Jay-Z).” In her caption, she noted that she got “a little carried away stretching.” Next, she mentioned that she focuses on healing and getting her “health” back. However, she takes it slowly. Hannah added, “I’m learning to just listen to my body every day and not feel guilty for not going as hard as I used to.” 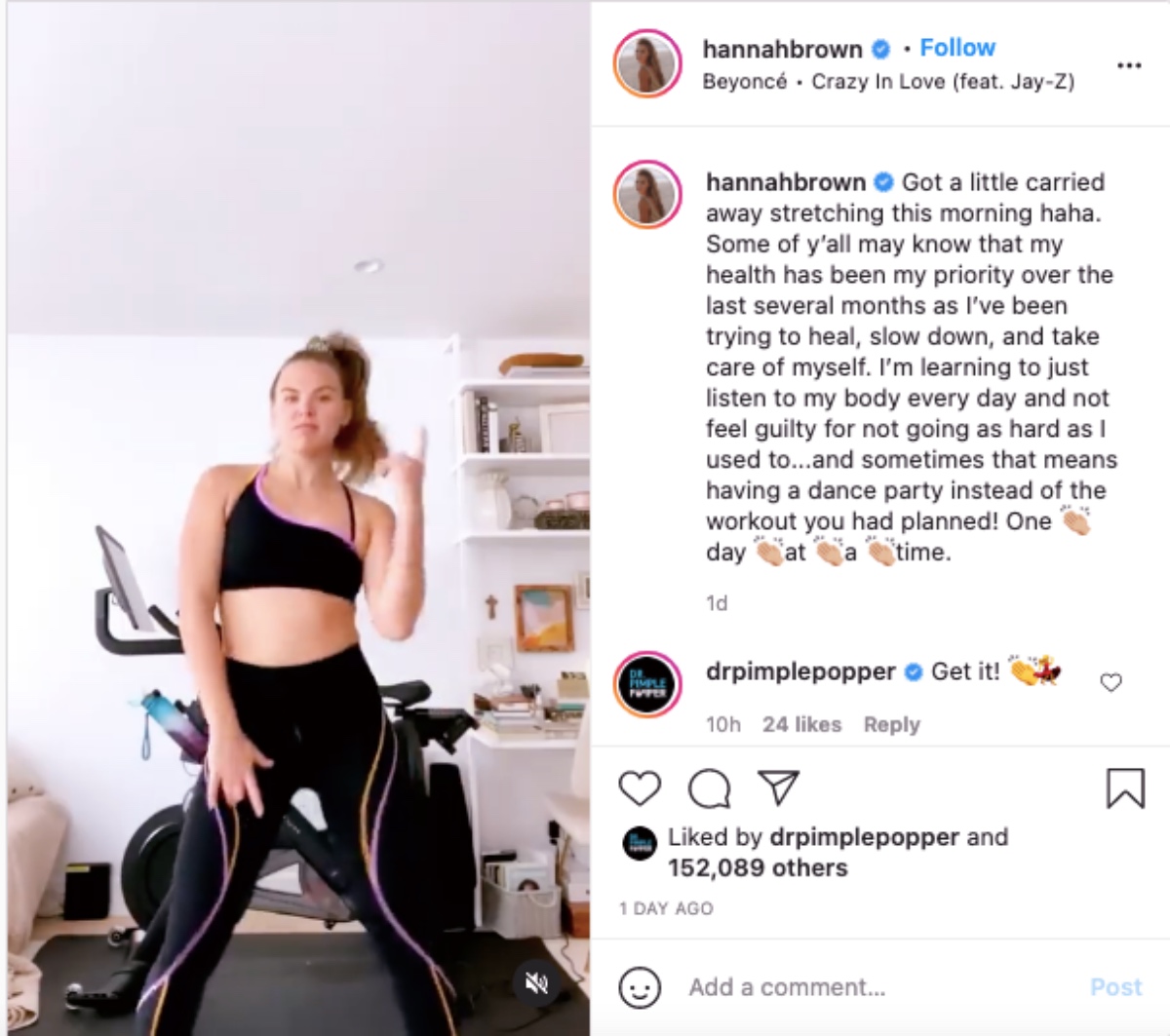 Wise-cracking Bachelorette Hannah added, “sometimes that means having a dance party instead of the workout you had planned! One 👏🏼 day 👏🏼 at 👏🏼 a 👏🏼 time.” Additionally, she said that her health has been her “priority over the last several months.” Actually, she looked really happy as she got into the groove and danced away by herself. One fan commented, “😂😂😂 still got the moves! 👏”

Dance Moves Seem Like A Workout On Their Own

One fan obviously doesn’t work out as passionately as Hannah. They commented, “you go girl! That’s a good enough workout in my book.😂 Another one said, “That’s great Hannah! Take care of you and be yourself! ❤️🔥”

Remember to check back with us often for more spoilers, news, and updates from ABC’s Bachelorette alum, Hannah brown.