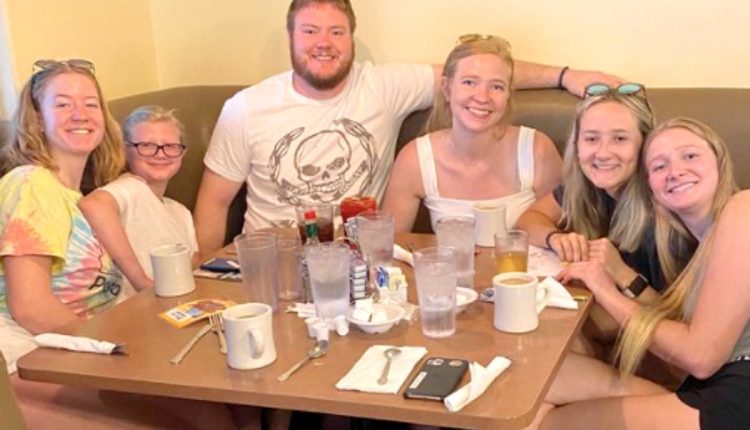 Sister Wives star Christine Brown posted up a photo of her daughters with Mitch and Aspyn. Actually, it’s the second time in a week that TLC fans heard some news about Aspyn. Thirsty for news, those who love her can’t get enough of hearing about her and her husband. Kody didn’t appear in the photo, but Christine said that she caught up with them and they enjoyed breakfast together.

TLC fans heard from Gwendlyn earlier this week, that she and other people woke Mitch up really early and they hiked in Zion National Park. Her Instagram photos revealed Mitch but not Aspyn. However, from the comments section, it turned out she was also there but not getting up at the crack of dawn for a hike. So, speculation arose that they possibly all vacation together.

Sister Wives fans felt very sad when Aspyn took down her Instagram. So, they hardly ever hear about her. Not even her mom Christine Brown posts very often. Once, she shared about the fact that her daughter sometimes sends her jewelry from Kendra Scott in Salt Lake City. As Mitch seldom updates his Instrgam, everyone sits very much in the dark. They know from the TLC show that Aspyn moved into a new house and that’s about it. 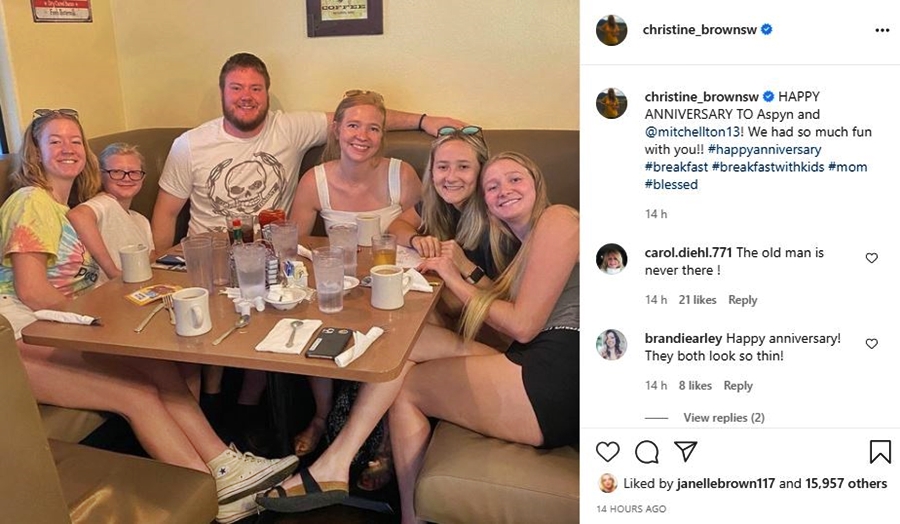 In her post, Sister Wives star Christine Brown said, “HAPPY ANNIVERSARY TO Aspyn and @mitchellton13! We had so much fun with you!! Next, she used the hashtags, “#happyanniversary #breakfast #breakfastwithkids.” Actually, Mitch looks like he lost weight, so maybe he’s been working out. Plus, fans noticed that Apsyn looks slimmer than she did in the past.

Some Sister Wives fans looked at the table setting and noticed that possibly, Kody wasn’t with the family. Mind you, four wives, places to go, things to juggle, and all of that, might explain his absence. A few fans seemed irritated with him as he never seems much interested in showing his face at family meetups. Meanwhile, a fan reminded Apsyn that they miss her on social media. They commented, “Happy Anniversary!!! I miss your posts Aspyn.” 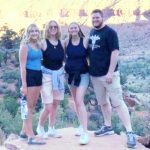 Lots Of Congratulations For The Couple

Sister Wives fans sent in plenty of greetings on their special day. One of them coincidentally said she just finished watching their wedding special. Meanwhile, others commented on how much Ysabel looks like Christine Brown. Other people wondered who the non-Brown girl was in the photo but some of them guessed it might be a friend of Ysabel. Hopefully, as the Brown family enjoys summer, more photos and news comes from the family about, Aspyn.

Remember to check back with us often for more news and updates from Christine Brown of TLC’s Sister Wives.