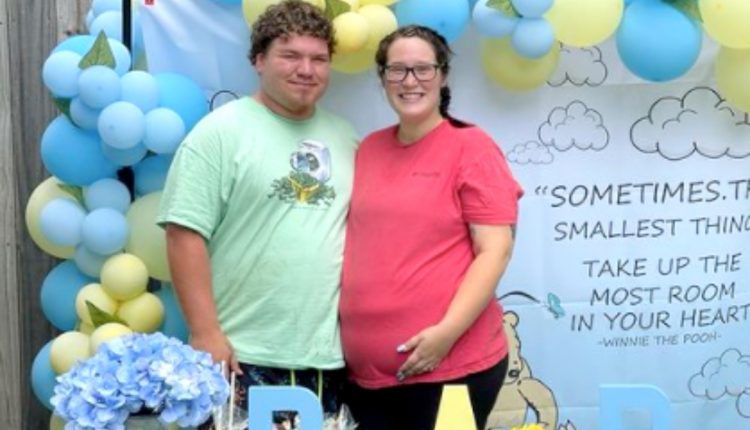 Pumpkin Efird fans know that the Mama June star expects a baby. Some of them felt that perhaps she was further ahead in her pregnancy than first thought. So, they couldn’t know when the baby comes along. Well, taking to Instagram, June’s daughter explained that they meet him soon. Plus, she dropped the names of her baby, and fans of the show love them.

The gender reveal came in early June this year, and of course, fans also saw that June Shannon heard about it during Road to Redemption. People seemed very happy that she carries a boy as it makes for a nice balanced family of four. Of course, Ella Grace knows a baby brother comes along, and the exciting news is that she’ll meet him very soon. In fact, fans know that Ella Grace weighed in her ideas on what to name him.

Pumpkin Efird confirmed that fans meet her son in July and that’s just around the corner. Double-tap happy, she also revealed that they settled on the names for their baby. So, it’s been a good week for Mama June fans. The news came via Pumpkin’s Instagram on Friday night. She shared a photo from their gender reveal party and then told fans the nickname isn’t really the one they chose. You might recall Banana Joe being bandied about. 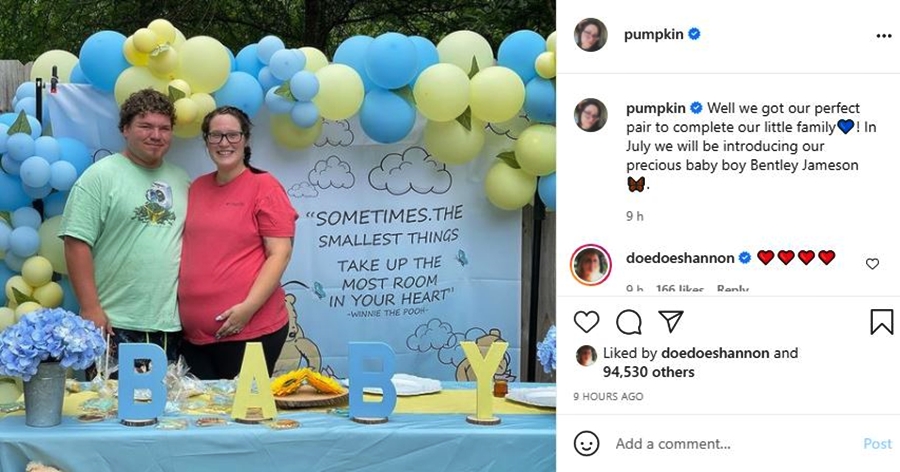 WEtv Fans Love The Names Chosen For Their Son

In her post, Pumpkin Efird shared that they chose Bentley Jameson. Actually, Bently Jameson Efird sounds like a nice combination, fans think. In the comments section of the post, they had their say about it. Here are a few of those examples:

“pumpkin asked [Ella] again what she should name him and she said Bentley.”
“Love how you went with Bentley like Ella wanted 😍”
“Awe so cute!! Bentley that’s an adorable name ❤️.”
“Love the name 💙🙏.”
“I love that name i hope you have him on my birthday july 19 congratulations guys.”
“Omg I love the name😍.”

Meanwhile, a few fans speculated that Pumpkin Efird already gave birth However, that seems unlikely. So, far, she’s been quite candid about the details of her pregnancy. 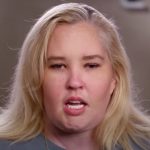 June Shannon Comes Up With Nicknames

Some fans commented on the post by Pumpkin Efird on what her mom might call the baby. After all, Tinks came for Ella Grace, Honey Boo Boo for Alana, Pumpkin for Lauryn, and Doe Doe for her sister. Actually, fans wonder if Banana Joe sticks with the little boy once he arrives. Hopefully, it won’t end up shortened to “BJ,” one follower noted.

Remember to check back with us often for more news and updates about WEtv star Pumpkin Efird from Mama June.

You might also likeMore from author
Mama June: From Not to Hot

Mama June: From Not to Hot Spoilers: Pumpkin Shares Her Fall Family Photos

Mama June Road To Redemption Spoilers: Has Pumpkin Given Birth To Her Son?