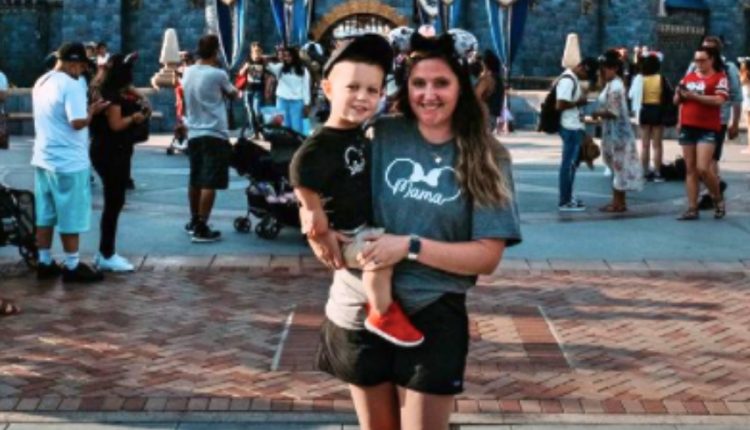 Jackson Roloff visited Disneyland and his mom, Tori shared plenty of photos of him there. Actually, it looked like he enjoyed it way more than the previous trip when he hurt his arm and ended up seeing the doctor. Plus, the photos showed him mainly exploring the general attractions rather than going on the various rides. In fact, Tori admitted earlier in May, that little people like Jackson are really not catered for on some big theme park rides. Well, when you’re in Disneyland, of course, grabbing some yummy snacks is perfectly fine. So, the little TLC star enjoyed a major sugar rush on Thursday.

Jackson Roloff And Tori Tuck Into A Sweet Treat

Little People, Big World fans heard that Tori planned a trip to Disneyland back in May. Actually, she told her fans that her son remembered the last trip and asked when they could go again. In fact, he probably didn’t need to twist her arm very much as she holds some very fond memories of the place herself. Actually, she told her fans on Instagram that she still keeps her first Mickey Mouse hat from years ago. In her stories, she shared a photo from the olden days and revealed a very young Tori. She captioned it with, “12 years ago I visited the grand with my second family.” Then, she noted that she shared the place with her “own son.” 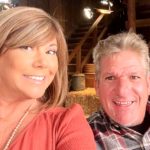 Hopefully, Jackson Roloff and his mom missed the terrible heat in Portland, Oregon while they were away. Even Caryn Chandler mentioned that the place was hotter than Surprise in Arizona. Meanwhile, Amy Roloff missed the worst of it as she spent time away in Michigan with her dad. She was on her way back to Portland a few days ago, and now Tori returns as well. In her Instagram stories on Thursday, she told her Little People, Big World fans that she and Jackson tucked into some sweet treats before they left.

Jackson Roloff Feasts On His Sprinkles Cupcake – Gets A Sugar Rush

The TLC star posted up two short clips showing that she and her son were about to tuck into their treats. In the first clip, Jackson certainly looked happy about eating his cupcake. Then, he got down to the serious business of eating it. Her caption said, “One last sugar rush!” Another slide that she shared revealed that they said goodbye to Disneyland. Hopefully, when they return home, she shares many more photos and clips of her vacation with Jackson.

Jackson Roloff and his mom actually went there without Zach and Lilah. In her previous post, the Little People, Big World star told her fans that she and Zach thought Lilah might still be too young to enjoy the place. However, she said that they fully intend to go back there one day with both of their kids. Probably, she enjoyed the smaller crowds this year, as there are still some limitations of numbers because of the coronavirus.

Amy Hopes To Catch Up With Them Soon

When Tori previously shared photos on her main Instagram page, she explained how Jackson Roloff seemed very confident and curious as he explored Disneyland. In the comments section, grandma Amy popped up. She said, “What a special time for you both ♥️. What a blast. I can’t wait to hear all about it.” No doubt, the little boy tells her all about his special adventure this summer.

Remember to check back with us often for more news, updates, and spoilers about Tori’s son Jackson Roloff from TLC’s Little People, Big World.

OutDaughtered: Busby Family Has A Major Blast On The 4th Of July