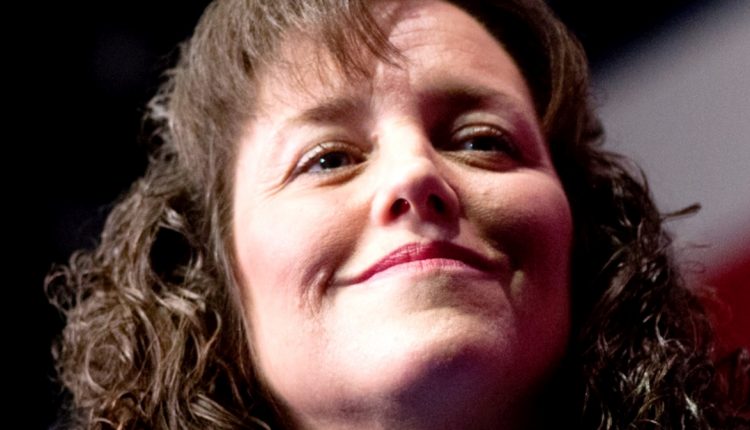 Counting On: Did Michelle Duggar Snub Samuel Dillard On His Birthday?

Counting On fans saw that this weekend, Samuel Dillard had the best birthday fun ever. At least, hundreds of TLC fans think that he did anyway. If you didn’t know, Derick and Jill arranged for James to arrive with his fire truck. Jana also went along. However, Michelle Duggar didn’t. So, some fans wondered if she subbed her grandchild that turned four years old.

In March, fans heard that Jill Dillard hadn’t seen much of  Michelle and Jim Bob Duggar. Fans knew that they seemed at odds with each other. After all, they left the TLC show and Derick claimed that Jim Bob never paid them. Plus, he didn’t like that Jill’s parents still wanted her on it. He seemed upset about his wife staying with the show after the molestation scandal about Josh came out. In March, Jill told, her fans they make space for their mental health and they focus on their own lives rather than on what her dad might want for them. 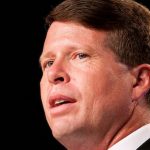 Later, in May when Derick graduated from Law school, Michelle Duggar congratulated him. However many fans saw it as the parents trying to act friendly with the family after Josh was arrested. Rumors circulate that the adult kids distanced themselves somewhat. So, with that background, it’s no wonder that some fans thought that Michelle snubbed Samuel Dillard on his birthday. When she posted about the fun day, Jill mentioned that Derick’s mom was there but Michelle wasn’t. However, she sent over some gifts for him.  Later, Jill talked about boundaries.

A few days after Sam’s birthday, Katie Joy of Without A Crystal Ball shared a comment that a fan posted. Plus, she screenshot the reply from Jill Dillard. In the post. a fan said they felt that it seemed sad because it looked like Michelle and Jim Bob choose “not to be grandparents” to the boys. The fan couldn’t understand it because, on the TLC show, they talk about family values.  Jill was quick to respond and explained the situation from her perspective. 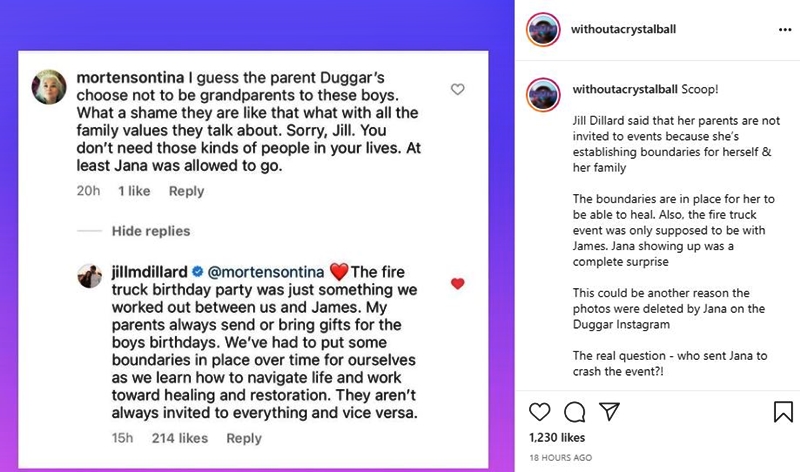 The Counting On alum noted that her mom and dad always “bring or send gifts for the boy’s birthdays.” Plus, she talked about how she and Derick take the time to heal over all the divisions. Next, she talked about how they put boundaries in while they navigate their lives right now. So, they don’t always spend time with each other, and “vice versa.” Additionally, she explained that she and Derick, and her brother James put together the surprise firetruck for Samuel’s birthday.

Jana At The Birthday Party

Katie Joy figured out that Counting On star Jana Duggar arrived and that was unexpected. So, she speculated that someone arranged for “Jana to crash the event.” In the comments, one fan speculated, “Jill planned it with JUST JAMES. Thus establishing boundaries for herself. Jana was uninvited. Jill probably has to mentally prepare to meet members of her family especially those that may not be loyal to her boundaries or healing.”

Remember to check back with us often for more news, spoilers, and updates about the cast who appeared on TLC’s Counting On.

19 Kids and Counting: The Radfords are England’s Answer to The Duggars