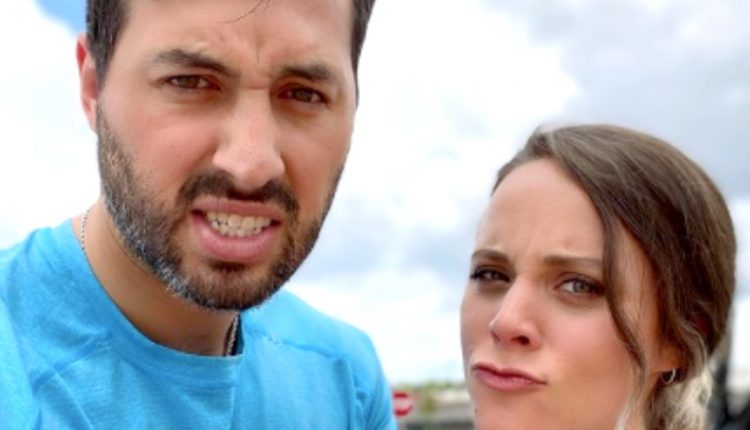 Jeremy Vuolo and Jinger always maintained a heavy social media presence on Instagram. However, since they stopped sharing photos of their kids, some fans grew bored and moved on. However, it might be worth checking out Jeremy’s new TikTok, if he uses it more than Jinger used hers. On Friday, the Counting On alum posted an introductory video and TLC fans wonder what he might talk about there.

Jeremy Vuolo And Jinger Might Talk About Their Book And Marriage

Last year, the Counting On couple started doing a podcast on Instagram. Fans liked it as they discussed their daily lives, their marriage, and parenting. Well, it faded away and it came out that they spent time writing a book. The Hope We Hold: Finding Peace in the Promises of God got a shoutout from the couple in April this year. Basically, it covered the story of their courting days, marriage, parenting, and religious views on life. Well, without an income from TLC as they canceled Counting On, perhaps fans hear more of the same thing on TikTok 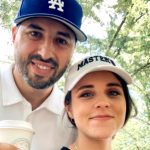 Jinger And Jeremy Vuolo Vacation In Oklahoma In July

One thing fans know for sure is not to expect Jeremy Vuolo and Jinger to share videos of their two daughters. They used to share very openly, and Felicity became a fan favorite. However, they suddenly stopped showing photos of the kids’ faces. Nobody really knows why except that at one stage, Jinger talked about privacy. Of course, that sparked rumors that she knew about Josh Duggar’s pending arrest and feared someone might steal pictures of her own kids for child p*rn.

New TikTok By Jeremy Vuolo Only Features One Video

Monsters and Critics noted that Jinger already started an account on TikTok. However, she only posted one video, despite 17k people following her there. In his new account, Jeremy only posted one video as well and it’s only a few hours old. Already, he found 13k followers. His intro video just says that they are there. It will be interesting to see if they become more active and what they share. Hopefully, it brings more than just date nights, coffee shops, and ice cream cones. 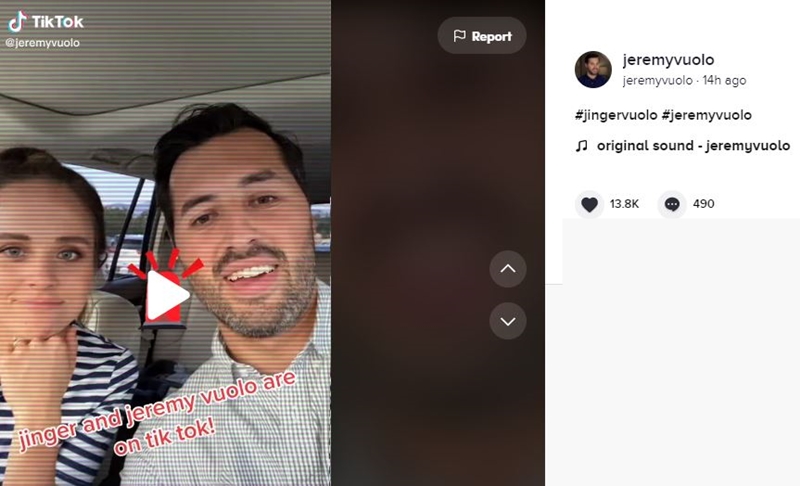 Actually, for so many people, Jeremy Vuolo and Jinger seem fairly boring these days: to the point where fans erupted into a row over the type of shoes she wore when they visited a bookstore. Actually, judging by the comments on their social media, it looks like fans struggle to find any deep reason to follow the couple on Instagram right now. Without Counting On,  they might struggle for a TikTok audience from TLC fans. Nevertheless, there are plenty of Christians who might follow them for Jeremy’s sermons and life lessons from the good book.

Other Duggar Family Members Already On The Platform

Jeremy Vuolo isn’t the only Duggar family member on TikTok. In fact, the Duggar cousin, Amy King has been on the platform for a while.

Remember to check back with us often for more news about Jeremy Vuolo, Jinger, and the rest of the cast from Counting On formerly on TLC.