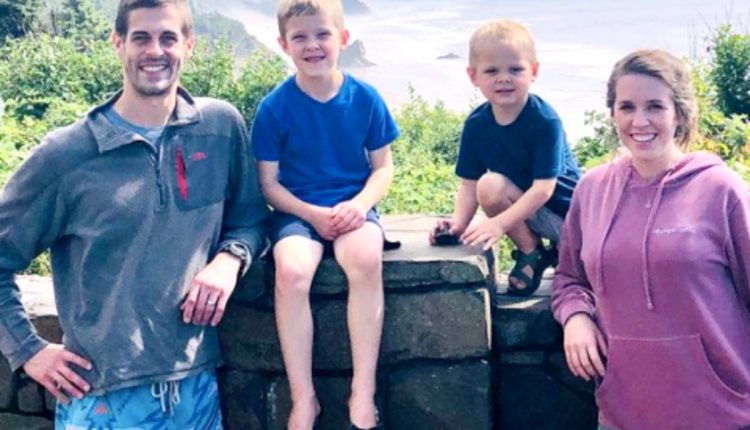 Jill And Derick Dillard took the two boys, Israel and Sam, and went to Oregon for a beachside summer vacation. So far, they shared plenty of photos of the boys enjoying their adventures. Plus, they met up with Audrey Roloff and other friends. They came across Big Foot and enjoyed dining outdoors. Additionally, they went to a gas station but forgot that Oregon has some gas laws in place that restrict self-service pumping.

Jill And Derick Dillard In Oregon

So far, plenty of photos came that revealed the two boys all excited about their summer vacation in Oregon. Some of them showed the two boys on the beach playing with their buckets and spades. Meanwhile, others revealed that their parents strolled along the beach and they seem very close and in love. Of course, fans hope for more footage of their road trip on YouTube once they return home. Jill became very popular since they left Counting On, and these days, TLC fans eagerly look out for her parenting tips and fun vlogs on social media. 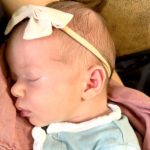 Jill And Derick Dillard caught up with friends, Zach and Tori Roloff. Plus, they met Audrey Roloff from Little People, Big World for the first time. Audrey shared about it on her Instagram Stories. Audrey told her TLC fans that they are “the real deal.” Some fans wondered if Audrey might have approached them to collab a book. That is a possibility, but many fans think Jill and her husband don’t really need Audrey for that. Now, they moved away from the coast and caught up with friends for a Korean barbecue.

Portland’s about a ninety-minute drive from the coast, so Jill told her fans that they drove “north up through #astoria and barely into #washington.” The Counting On alum explained they were on their way to “meet friends in #portland for #koreanbbq.” Along the way, they stopped for come coffee “out on a pier in Astoria,” and “stopped at #fortclatsop for a quick pic.” Then in Washington, the boys enjoyed seeing a replica of Big Foot.

Road trips sound like the best fun, and certainly, Jill And Derick Dillard and their sons seem full of happiness right now. However, they forgot about the rather obscure rules about pumping your own fuel in Oregon. New Jersey’s the only other state that places restrictions on self-pumping gas. Actually, Oregon seems a bit more difficult as there are some exceptions to the rule depending on where you go in the state. So Jill told her TLC fans, “we were awkwardly reminded that while in OR you don’t pump your own fuel….⬆️😂⛽️,” Mind you, there was a big enough sign at the pump station saying, “Self Serve Pumps 6 pm – 6 am.“

Across the world, self-service pumping at gas stations becomes more the norm than the exception. For example, if Jill and Derick Dillard visited Australia or New Zealand, they’d be lucky to spot someone to pump for them. Mind you, if they tried it in Africa, they’d run the risk of getting into trouble with the fuel attendants. After all, it provides jobs for the pump attendants and like in Oregon, helps to keep safety in mind.

Remember to check back with us often for more news and updates about Jill And Derick Dillard formerly on  Counting On by TLC.