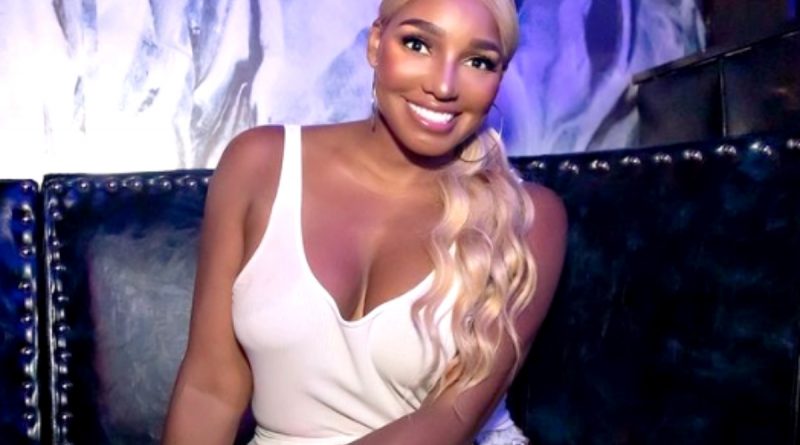 TheReal Housewives Of Atlanta star Nene Leakes faces a tough time with her husband Gregg who suffers from cancer. The news that he had stage 3 colon cancer arrived the same year that Jill Zarin’s husband Bobby died. After treatment in 2018, Gregg went into remission, but it came back again, and now NeNe hinted that Gregg might be losing his last fight.

If you’re a Bravo fan, you’ll know that Jill Zarin went through hell and back when Bobby fell ill. His terminal cancer took it out of the RHONY alum. Battling thyroid cancer since 2009, it later spread to his lungs, and finally to his brain. She featured on The Real Housewives of New York from Season 1 through Season 4 before she got axed. Devastated, it was a hard blow for her. Later, Jill returned as a friend of the show. So, RHONY fans followed the journey of the last days of Bobby’s life with sadness. 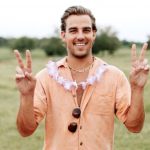 Bachelor in Paradise: After First Date, Abigail Heringer and Noah Erb Could Be a Couple

Now it’s the turn of Real Housewives Of Atlanta star, NeNe Leakes to go through the pain of a cancer fight. Actually, it sounds like Gregg Leakes is not doing well at all. The news came via the Instagram account of @its_onsite this weekend. The hints that Gregg might be nearing the end of his life came from footage they shared of NeNe at her Atlanta lounge, The Linnethi. Page Six reported that “customers…called her “rude for not acknowledging a birthday in the crowd.” And that’s when she shared her sad news.

In response to the unhappy customers, Nene Leakes addressed the crowd and said, “My husband is transitioning to the other side.”  Actually, it’s hard for her to even say “happy birthday,” but they don’t know what she’s going through. After all, she added, “my husband is at home dying.” As she pointed out, they only went to the lounge as “this is our business.” The RHOA star also talked about Gregg and how people might think they have “been around” people who have cancer, but he’s “different.“ 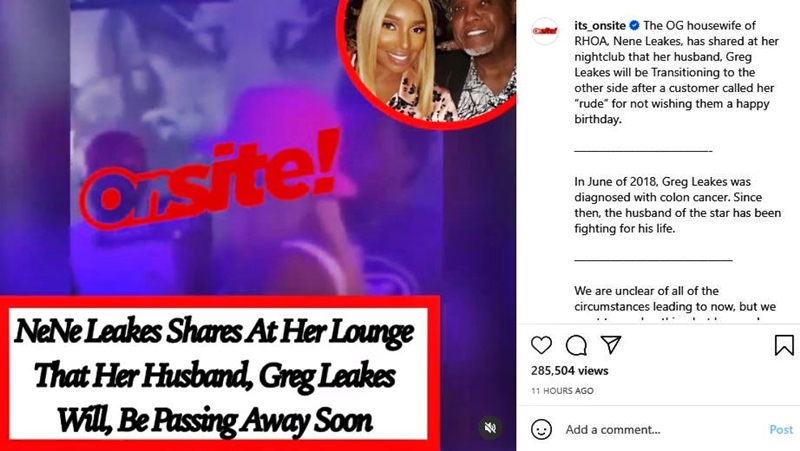 Clearly, the stress and pain are very real for Real Housewives Of Atlanta star Nene. Recall, fans know that Jill Zarin went through hugely emotional times with the death of Bobby. Actually, some fans seem very sad about Gregg. As one Bravo fan noted, “😢😢😢😢 🙏🏾🙏🏾🙏🏾🙏🏾 aaw man this made me so sad Greg is so sweet.” Then another fan said, “I- this is heartbreaking. Keeping her and the family in my prayers 🥺🙏🏾.”

Some Critics Think She Shouldn’t Be At The Lounge

Some RHOA fans thought that Nene Leakes should rather not spend her time at the lounge. One of them wrote, “Aaww Greg Forget that lounge she need to be by his side.”

However, others noted that sometimes, sticking with a loved one all the time in their last days is hard. Actually, sometimes, people just need a break from it all. Plus, others who lost loved ones noted that in the final days of cancer patients sleep most of the time.

Remember to check back with us often for news, updates, and spoilers about the cast of Real Housewives Of Atlanta on Bravo. 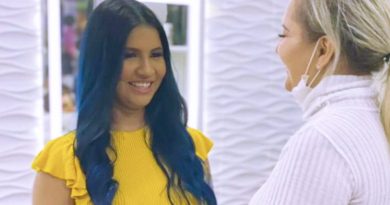 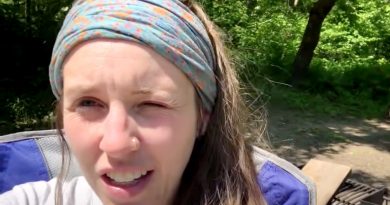 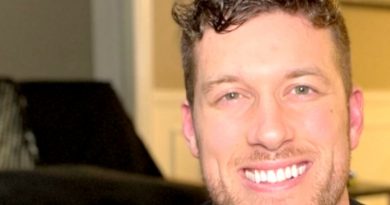