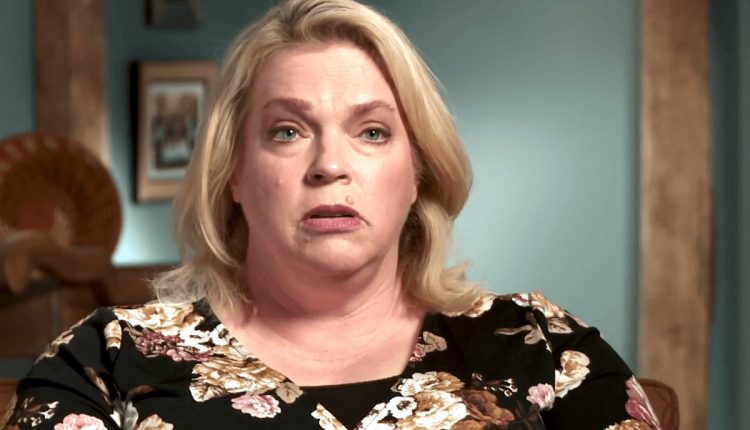 Sister Wives star Janelle Brown moved into an RV this summer and she really took to the life. Dining outdoors and enjoying nature, seems to suit her personality. However, some fans wondered about the practicalities of living there permanently. Or, at least until Kody starts developing their property on Coyote Pass. Actually, the entire move came after Janelle’s rental property was sold.

Some fans of Janelle Brown seemed shocked that Kody allowed his wife to live in an RV. However, right from the beginning, she assured TC fans that it was her choice. In fact, she looked forward to the experience. Obviously, it took some time to adjust to the new circumstances. Actually, she worked out things like service for her sewage and assistance with maintenance. Some fans slammed Kody, but she hit back at them. Janelle said, “My husband didn’t do anything. I chose this. I’m shocked that you think I’m some sort of meek mild person that can be told to do anything that I don’t agree to.“ 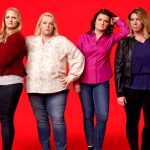 Sister Wives fans also saw that sometimes Kody visits her down on Coyote Pass. Granted, it’s cramped and they eat outdoors, but Janelle seems to enjoy that. Actually, that seems like her best time. Mind you, fans still slam Kody because she still contracts people for maintenance and improvements on the RV. So, it’s not clear that he helps with that. As the summer went by, a lot of people wondered if she plans on continuing her lifestyle in the winter. Arizona might experience warm weather but Flagstaff experiences snow. In the mountains, it really seems a bit chilly for el-fresco dining.

Sister Wives Star In The RV In Cold Moth

Janelle Brown finally told her TLC fans this week about her winter plans. In a long post, she noted, “Even though it wasn’t in the plan I have been “off-grid” this summer.” Nevertheless, she explained, “I am glad I have had the experience and had a chance to learn just how much power our modern conveniences use. I am well supplied with 3 solar panels, a bank of 6 big batteries and two generators (one big and one small silent one ).“ 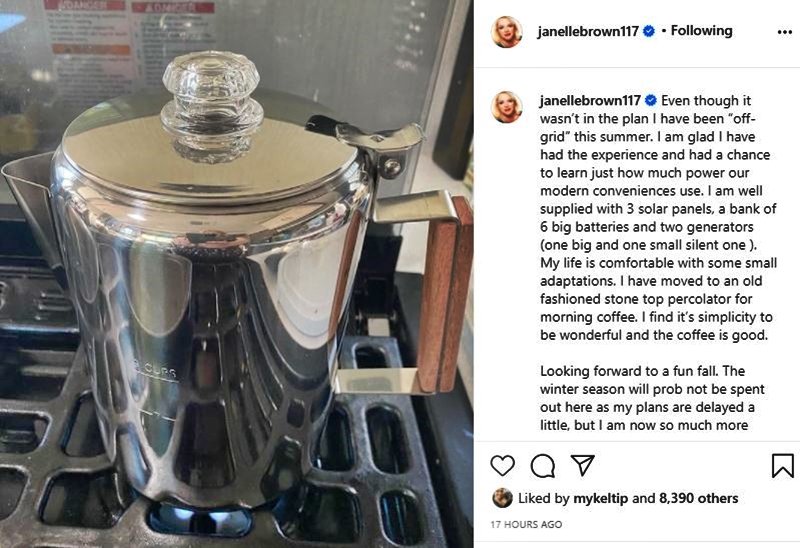 Next, the Sister Wives star said, “My life is comfortable with some small adaptations. I have moved to an old fashioned stone top percolator for morning coffee. I find it’s simplicity to be wonderful and the coffee is good.” However, she gave some thought about how practical it might be in winter. So, she wrote, “Looking forward to a fun fall. The winter season will prob not be spent out here as my plans are delayed a little, but I am now so much more prepared to come back out on the spring.”

Where Will She Stay

With a temporary move coming along, naturally, fans wonder where she moves to until the spring. Of course, in possibility might be that Janelle Brown stays with her daughter Maddie Brown Brush through the cold-weather months. After all, she and Caleb purchased a nice big home in North Carolina recently. Possibly, the new season of the show brings more information on her plans.

Remember to check back with us often for more news and updates about the cast of Sister Wives on TLC.