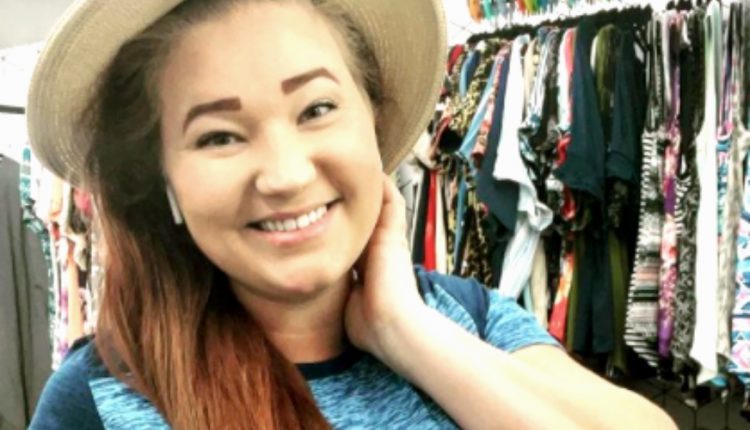 Mykelti Brown, the daughter of Christine Brown on Sister Wives welcomed her first child in April this year. TLC fans followed her pregnancy closely, as she delivered only the third grandchild in Kody’s extensive family. Although she married Tony Padron the same year that Janelle’s daughter Maddie married Caleb, Maddie produced two children ahead of Mykelti. Well, now that Avalon arrived and settled down a bit, she enjoys the calm before the next storm in her life.

Mykelti Brown Updated On Avalon Soon After The  Birth

About a week after she welcomed her daughter, Tony’s wife took to her Instagram and showed off some photos of her daughter. She confirmed that they named her Avalon Asa. If you don’t know, that was the name of her very first car. However, the name also came from the far more glamorous-sounding King Arthur and the Round Table. At the time, she shared a photo of a fairly placid-looking child having a bath. Plus, she wrote, “Avalon Asa’s first week of life. She loves water and sleeps great. So much fun to play with. Just a gorgeous cuddle bug. Her favorite chilling position is on my chest with her butt up.” 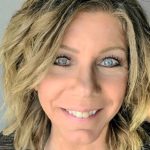 Fans also heard that Mykelti Brown moved. Previously, they lived in St.George. However, they relocated north to Lehi. Well, late pregnancy, birthing a baby, raising the baby, and moving home all around about the same time sounded hectic. The news came via her Instagram in June this year. With the grandchild, fans suspect that might be why her mom Christine wants to relocate there. Recall, in the last season of the Sister Wives show, she tackled Kody about it. However, that does not seem to have happened yet.

On September 13, the new mom took to her Instagram and shared a photo of herself alongside her LuLaRoe clothing racks. She wore a hat, with her long hair loose. In the caption, she said, “Ready for the next adventure this crazy life has for us. I feel like it’s finally calmed down.” Then she talked about how crazy it was. She added, “The stress, the new baby, the new move, everything. It’s chill. But that also means in two seconds it’s going to be crazy all over again. I’ll just enjoy the fresh breath for now.” Well, TLC fans agree that it all sounded exhausting. 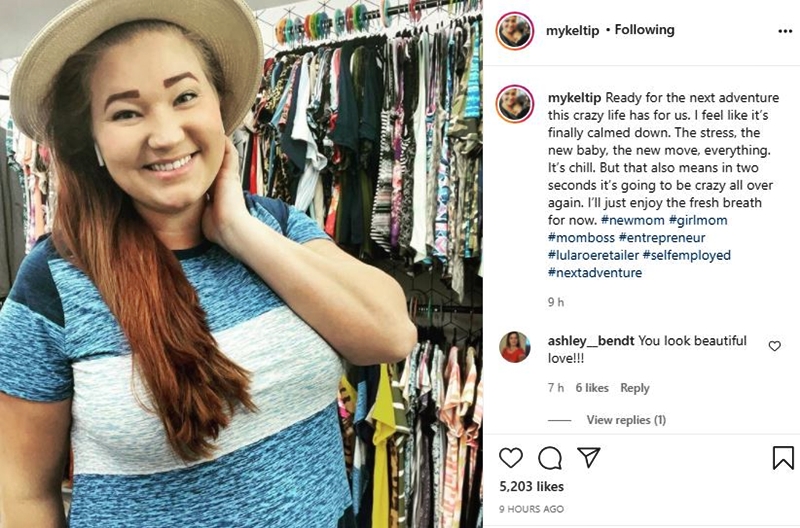 Sister Wives fans commented on the post by Mykelti Brown. One of them said, “Hey beautiful Momma. YOU DO YOU. you are enough. Congratulations on your new adventure. You’ve got this ✨♥️✨🙏.” Then another loyal fan noted, “Your doing amazing handling what’s been put on your plate the past year. God doesn’t give us anymore then (sic) we can handle. Your an amazing mom and wife ❤️.” Certainly, her fans sound very supportive.

Will Fans See Her In Season 16 Of Sister Wives?

One  fan wrote, “You look great, I can hardly wait for Season 16 of Sister Wives 😊.” However, Christine’s daughter didn’t reply and confirm if fans might see her in it. The show premieres on TLC on November 21.

Be sure to catch up on everything happening with Mykelti Brown right now. Come back here often for more Sister Wives spoilers, news, and updates.

Bachelor Alum Kelley Flanagan Opens Up About Her Lyme Disease