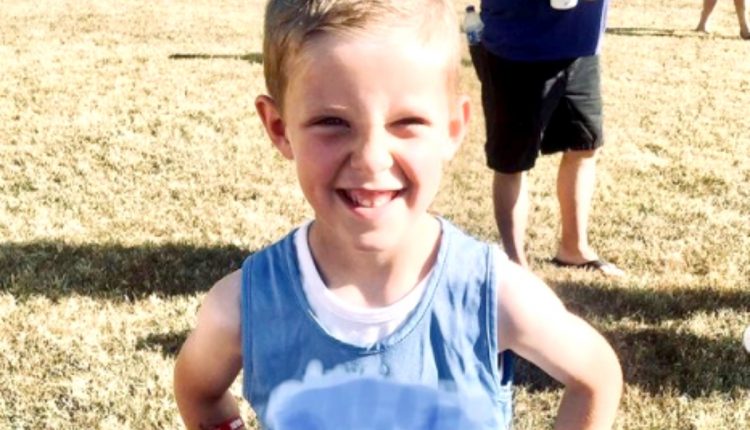 Jill Dillard often gets a lot of support and kind comments from Counting On fans. Mostly, they like that she and Derick enjoy a healthy relationship. Plus, they like that she always seems to make life fun and creative for her two boys, Israel and Samuel. Actually, for many fans, the TLC alum often sets parenting goals. Now, she challenged herself when she went running, and little Samuel accompanied her.

Sam and his big brother Israel are encouraged by their mom to grow things in the garden. Plus, she doesn’t mind if they get a bit muddy in the rain. Actually, they seem to spend as much time outdoors as possible. Obviously, that means she ends up with quite a bit of laundry to do. However, it seems worth it to see her boys bond and blossom into well-rounded young boys. When it rained for days this spring, she shared photos of the kids splashing around in puddles together.

Jill Dillard also took the kids out in the rain. Instead, of staying indoors, they changed into swimming gear and went out into the yard. They had a blast walking around and jumping in puddles. Later, they sat around the fire and ate some sMores. Plenty of fans love her inventiveness. Plus, they also enjoy the way she makes learning interesting for the two boys. Additonally, she often shares tips on how she arranges the lives of the kids. Well, now she challenged herself physically, and little Samuel accompanied her, which sounds like fun.

Taking to her Instagram on Tuesday, September 14, Jill shared a photo of herself dressed for running. Next to her, Samuel wore his helmet and rode along on his little bike. In her caption, she wrote, “🚲Sam wanted to ride his bike this morning so I slowly jogged along beside him while he rode…& you know what? We made it back alive! 😜.” The Counting On alum also mentioned that she’s never really been into running. However, Derick runs and she takes “inspiration” from that. 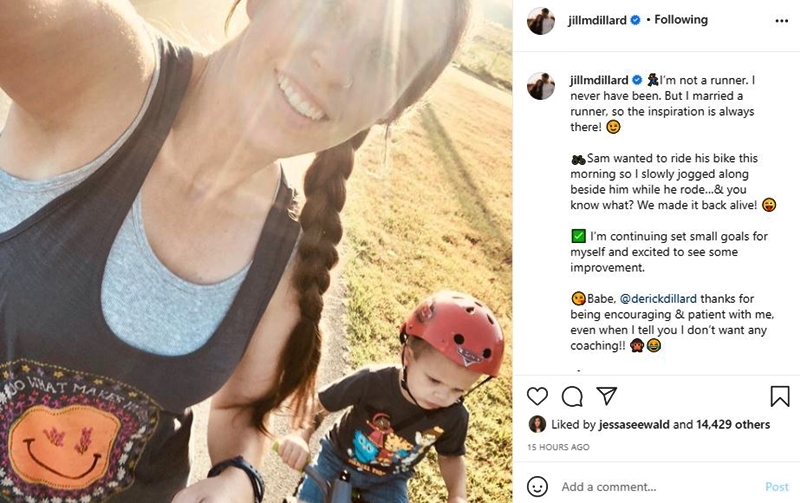 Jill Dillard also noted, “I’m continuing [to] set small goals for myself and excited to see some improvement.” Her quite long post also mentioned her thanks that Derick encourages her. She also invited her fans to comment on their own goals and achievements. Actually, Jill seldom posts and runs like so many other TLC stars do. That’s another reason why fans love her. They enjoy interacting and chatting about their own life as well.

One Counting On fan wrote, “Nice going! And remember, you’re still lapping everybody on the couch.” Then another admirer noted, “Jill, you’re an inspiration in more ways than you know. Keep on doing you.”

Be sure to catch up on everything happening with Jill Dillard right now. Come back here often for more Counting On spoilers, news, and updates.