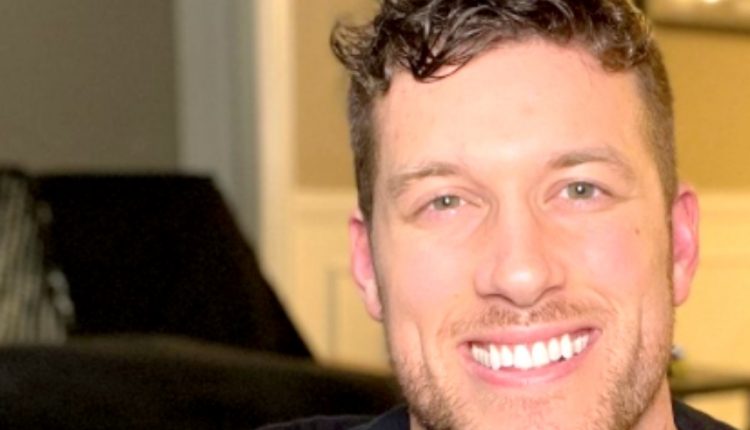 Bachelor Season 26 rumors started and already ABC fans speculate on who might be the leading man. Well, reports emerged that Clayton Echard was spotted filming. He was a contestant in Michelle Young’s Bachelorette season that premieres in October. Now that guru Reality Steve chipped in his thoughts on it, the possibility looks quite strong that the former NFL player landed the position.

Rumors that the next Bachelor might come from outside the Bachelor Nation franchise almost came true. Actually, Clayton Echard is new to ABC but has filmed for Michelle Young’s season. Fans won’t actually see him until the premiere later this year. Meanwhile, fans are familiar with Michelle Young. She featured as a contestant in Matt James’ season. In fact, when the news came that she was chosen, Bachelor Nation fans mostly reacted very positively to the choice. 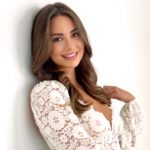 Bachelor Alum Kelley Flanagan Opens Up About Her Lyme Disease

Obviously, if Clayton Echard films for The Bachelor right now, she never went for him as her fave. The news that he films for Season 26 came after he was apparently spotted filming near his home in Missouri. E! News reported that ABC hasn’t yet confirmed who their leading man might be. Still, many outlets like Variety suggest it’s possible. After all, why would he walk around his town with a cameraman following him?  When the news about filming leaked, Variety reach out to ABC and Warner Bros. TV. However, they neither confirm nor denied it.

Reality Steve posted on Instagram on the evening of September 15. There, he fleshed out the rumor with a few more details. Often, he turns out to be correct. According to his post, “It is official.” He noted that by the time fans even see him on film, he’ll already be “three weeks into filming.”  Additionally, they “will be filming at Eureka HS tmrw.” Apparently, he went to school there. Steve also pointed out that current filming is for the “intro package footage.” 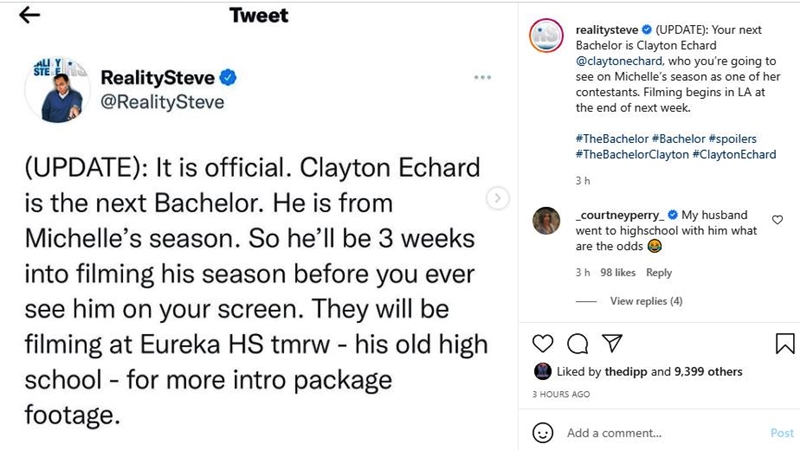 The caption about The Bachelor selection read: “Your next Bachelor is Clayton Echard…who you’re going to see on Michelle’s season as one of her contestants. Filming begins in LA at the end of next week.” Obviously, some fans have some reservations and wonder why ABC picked him. Perhaps they see shades of Coltin Underwood. After all, he’s got the sort of name that goes with hunky. Additionally, like Colton, he also played for the NFL at one stage.

Fans React To The News

In the comments section of Reality Steve’s post, one fan wrote, “So disappointing! Was hoping for Andrew S!” However, other more positive comments arrived. One of them read, “He is a big beautiful man.” Then another person noted, “Thank GOD it’s not Greg!! I was actually going to skip the season for the first time ever. All is good in the bachelor world now 🙌.”

Be sure to catch up on everything happening with Bachelor Nation right now. Come back here often for more Bachelor Season 26 spoilers, news, and updates.