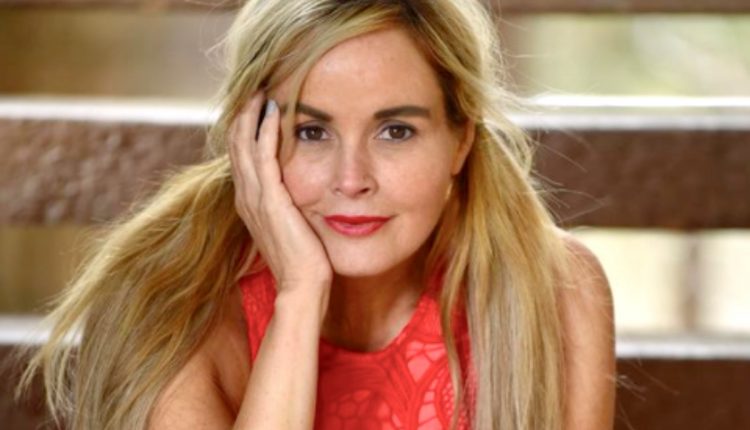 90 Day Fiance Season 8 introduced TLC fans to  Stephanie Davison. She and Ryan were featured as newcomers to the show. However, she never even made it to the Tell-All and fans went off her in a big way. After all, they hate two things: Scripted storylines, and those who do it all for the wrong reasons. Mind you, she certainly came with a bit of an excuse for her behavior. Well, some of her critics might back off now after she made a generous donation.

Season 8 introduced a number of new couples. They joined Mike Youngquist and Natalie Mordovtseva who were in 90 Day Fiance Season 7. That trainwreck wrecked itself a lot more in their second appearance. In fact, it looks like they split permanently. Other returnees included Rebecca Parrott and Zied Hakimi. They previously starred in  Season 3 of Before the 90 Days. Then Tarik Meyers returned with Hazel Cagalitan. Tarik was popular in Before the 90 Days Season 2. Other newcomers included Brandon and Julia. 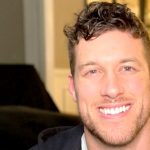 90 Day Fiance Season 8 also introduced Yara and Jovi. Well, originally slated as a mismatched couple and a total disaster, they worked out surprisingly well. These days, they raise their daughter Mylah. Meanwhile, Stephanie Davison went away and stayed away for a long time on social media. In fact, the chances of seeing her on TLC again seem extremely slim. In fact, when fans heard that she made a generous donation, some fans disbelieved it. The news came via blogger Johns Yates this weekend.

The Daily Soap Dish reported that Stephanie Davison “claimed that TLC made her film the show after she was sexually assaulted by her ex-boyfriend, Ryan Carr.” In fact, she really went on about it on her social media. Then, she went quiet for a while. and many fans felt a bit bad about her allegations. Nevertheless, she admitted that she did the show for fame and to promote her business. Anyway, she mostly faded away in memories and minds especially as TLC didn’t invite her onto the Tell-All.

90 Day Fiance blogger John Yates shared a post that Stephanie made. Unfortunately, her furry friend Cooper died. So, to honor Cooper’s memory, she made a donation to someone named Gwen. Gwen raises funds for the community after Hurricane Ida. 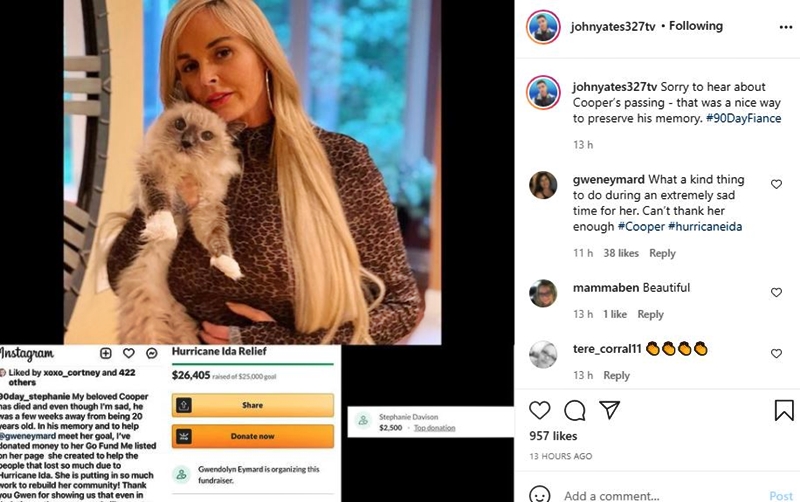 John captioned the post with, “Sorry to hear about Cooper’s passing – that was a nice way to preserve his memory.” However, a few skeptical fans didn’t believe it.

One critic of Stephanie Davison commented, “show me in her post where she said how much she gave. I’ll wait.” Well, it was in her post. In fact, it revealed that Stephanie donated $2,500. Clearly, she has some redeeming sides to her after all. Additionally, the fundraiser acknowledged her donation in the comments. @gweneymard wrote, “What a kind thing to do during an extremely sad time for her. Can’t thank her enough.”

Be sure to catch up on everything happening on TLC right now. Come back here often for more 90 Day Fiance spoilers, news, and updates.