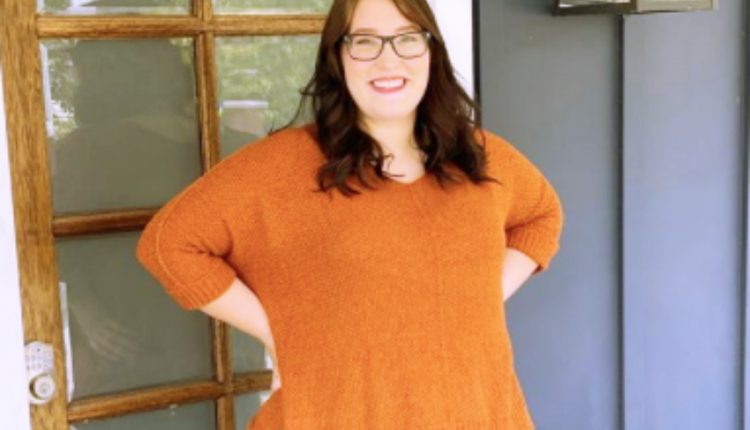 Mama June: From Not to HotReality TV

Mama June: From Not to Hot Spoilers: Pumpkin Shares Her Fall Family Photos

Mama June: From Not to Hot spoilers reveal Pumpkin Efird (Lauryn Shannon) and Josh added little Bentley Jameson to their family this year. Of course, they already had Tinks (Ella Grace) who seems very cute. This year, with the fall arriving, the family did the usual pumpkin outing. Little Bentley starts experiencing his first occasions now, and fans agreed that he looked very cute amongst the pumpkins.

Mama June: From Not to Hot Spoilers: Pumpkin Efird Takes Bentley For His First Fall Event

Some WEtv fans suspected that Pumpkin might be pregnant with her second child. However, the news was finally revealed towards the end of Mama June: Road To Redemption. Well, it turned out that she was more advanced in her pregnancy than fans suspected. People started wondering when she was due delivery of her son. Actually, they didn’t have to wait very long before her little boy with reddish hair arrived in the family. In fact, his hair looked remarkably like the color of the pumpkins this weekend. 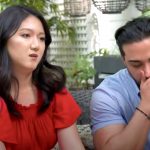 Pumpkin Efird chose a lofty-sounding name for her son. Early on, she and Josh decided to share the names they chose. He came along with the name Bentley Jameson. An impressive-sounding name, he just seems like a very cute kid, fans agree. Fortunately, Pumpkin Efird doesn’t hold back on sharing photos of her latest addition. Born in July, the nearly three-month-old kid seems as bright as a button. Plus, his adorable sister, Tinks seems very sweet with her little brother.

Mama June: From Not to Hot Spoilers: Pumpkin Efird Shares The Family At A Pumpkin Festival Event

On October 1, the Mama June star shared three photos of the family. Two of them revealed Bentley. Posing at the event, shelves of pumpkins lined the shelves behind them. She held her son, and Tinks cuddled up to her dad. Bentley looked cute as he wore a tiny pair of long pants, a tee-shirt, and little shoes. In her caption, the WEtv star wrote, “Happy October 🎃🍂🍁.” 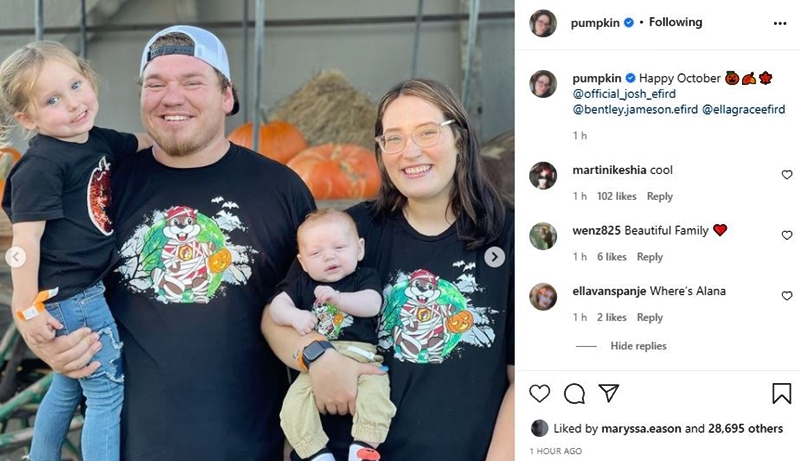 Fans of Pumpkin Efird quickly took to the comments section of her post. Here’s what some of them said:

You guys really are doing a great job to be so young……proud of you!! ♥️♥️♥️♥️

Mama June: From to Not to Hot Spoilers: Will Fans See Another Season Of Mama June?

Fans hope that they see more of Pumpkin and her family in a new season of the show. Hopefully, it will be less heartbreaking than in recent seasons. They included Family Intervention, Family Crisis, and Road to Redemption. June Shannon already hinted that Season 6 might be in the works. If it comes along, fans might see it in about March of 2022.

Be sure to catch up on everything happening with the Mama June cast right now. Come back here often for more Mama June: From Not to Hot spoilers, news, and updates.