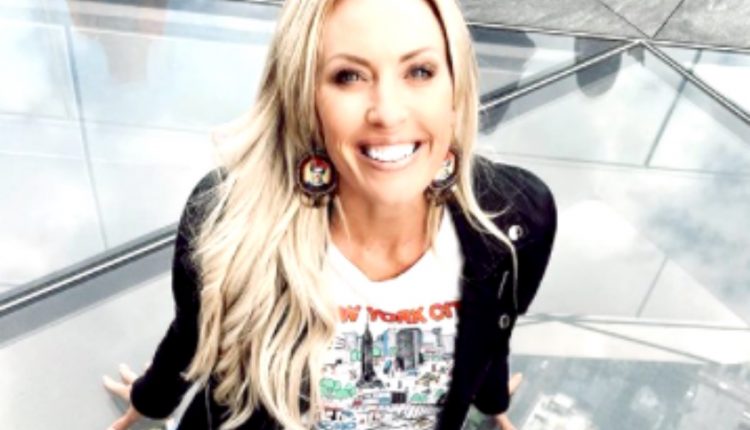 The Real Housewives of Orange County (RHOC) spoilers show that fans seemed interested in Braunwyn Windham-Burke when she arrived on the Bravo franchise. However, they rapidly changed their minds. That came after fans discovered that she and Sean Burke shared an open relationship. Naturally, Bravolites worried about the impact on their seven kids. Additionally, she came out as gay, which seemed just too weird for many people. Especially, as she and Sean remained together for ages. Now, she celebrated being gay at a massive pool party.

Braunwyn Windham-Burke brought some drama to The Real Housewives of Orange County. She, along with Kelly Dodd and Elizabeth Lyn-Vargas was dumped by Bravo in June this year.  Heather Dubrow came in and fans felt mixed emotions. Many of them sided with Kelly Dodd, who talked about a text she got from Braunwyn. After they were fired, the bisexual alum texted Kelly, saying, “I hope you’re okay, I know we’ve been through hell and back but I’m here.” However, Kelly simply slammed her as she felt it was all Braunwyn’s fault that they were booted. 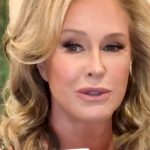 RHOC Fans reacted to Braunwyn Windham-Burke leaving by almost totally ignoring her. In fact, in a discussion about it on Instagram, many fans said they won’t miss her for a minute. While the show might have been a big highlight in her life, it looks like not many fans miss her. Well, her lesbian lover and open marriage, and alcoholism put people off, especially as she has kids. While she claimed to be sober, that wasn’t enough for many Bravo fans. However, she remains popular in LGBTQ circles.

Braunwyn Windham-Burke might be off the camera for Real Housewives of Orange County, but she got some screen time recently. Taking to her Instagram, she revealed that she attended a massive pool party. Naturally, some critics called it a, “covid party.” After all, nobody wore masks and a lot of intimate PDA seemed to go on. In her caption, she said, “Had the absolute best weekend at @thedinahshore 🌈💕 The world’s largest lesbian party. I was so honored to be included in the Dinah Documentary (coming soon) celebrating 30 YEARS of #lesbian #trans and #nonbinary womxn.”

The RHOC alum continued, by saying, “I’ve never been so happy and so PROUD. My favorite part about this party, was that it didn’t matter who you were for a few days, you got to break out of your box, and be exactly who you ARE.” She talked about “acceptance” and “love.” Then she mentioned, “I am gay and sober. I am gay and a wife.” Plus, she added, “I am gay and a mom. I can be all…things, and I am living the life of my dreams.”

Many fans liked her last comment: “Once you start breaking those boxes into confetti, you can too!“

Fans Respond In The Comments

Fans of Braunwyn Windham-Burke took to the comments. Some of them still can’t get their heads around her complex relationships. One of them wrote, ‘Being gay is the best thing ever”. Very confused person.” Well, those who support the Bravo star hit back at “ignorant” people and told them to “educate” themselves. Certainly, while some people complained, many in the LGBTQ community loved the post. So many of them admire Braunwyn. Meanwhile, others felt very sad that they missed the party.

Be sure to catch up on everything happening with the cast of Bravo’s RHOC right now. Come back here often for more Real Housewives of Orange County spoilers, news, and updates.