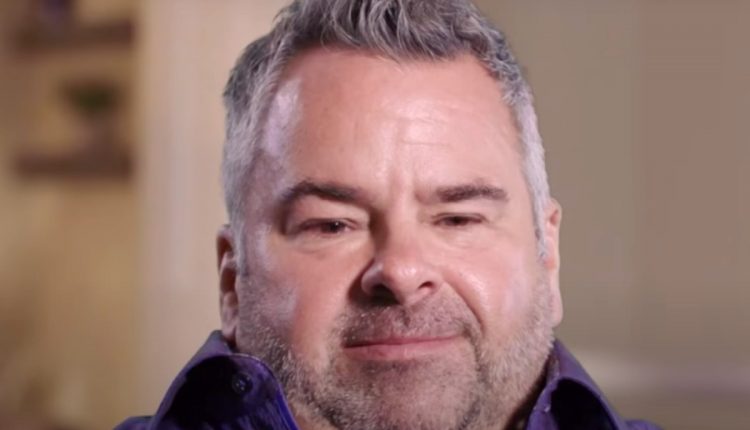 90 Day Fiancé spoilers reveal that fans see a lot of train wrecks in the show. Well, they come and many of them stay on for ages. Actually, these days, with spinoffs, it’s like they make a career out of the show. Fans always love it when new faces arrive on the TLC franchise. Hopefully, they cling to the thought that possibly a real couple emerges. These days, all too often, fans think the storylines are scripted for drama. Well, a new casting call might revert to an unscripted couple one day.

These days, it’s very seldom that fans see new faces who disappear again. Actually, some of them like Larissa Lima end up being fired. Or, they just go way over the top like Paul Staehle and Karine, and they leave. Sometimes, stars like Laura Jallali make a hectic arrival and then are never heard of again. But mostly, fans see the same old faces popping up all over again. So, when new casting calls go out, they get excited. More and more fans of the show try and apply for their own five minutes of fame, as well.

90 Day Fiancé already brings several spinoffs on TLC, like Before The 90 Days and Happily Ever After? The franchise also airs The Other Way. Meanwhile,  discovery+ brings 90 Day Bares All, 90 Day Diaries, 90 Day Journey, The Other Way Strikes Back! and The Single Life. All of those bring back repeat characters. No doubt, when fans see the new successful applicants, they can expect them to be around for a long time.

The news that TLC seeks new applicants arrived via 90 Day Fiancé Casting on Instagram. The poster revealed people like Andrei and Elizabeth Potthast. Chantel and Pedro also featured, as did Jovi Dufren and Alexei Brovarnik. The caption read, “Are you dating someone in another country? #90dayfiance Wants to hear your story! ♥️🌎✈️.” The hashtags noted, “#loveisnottourism.” Notably, they also talk about virtual dating and having never met before. 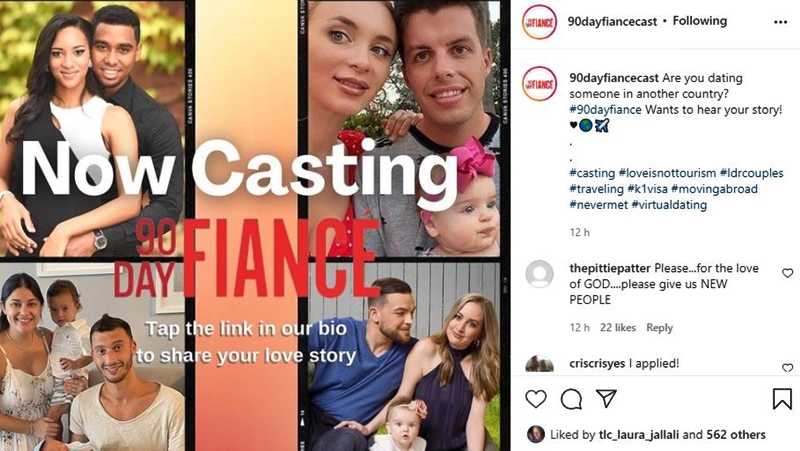 90 Day Fiancé fans reacted in the comments, and some of them tried signing up already. However, many people just seem relieved that new faces come along. One fan wrote, “Please…for the love of GOD….please give us NEW PEOPLE.” Then another fan noted, “Dang, you mean new bad actors for a bad scripted show? Or new real people, going back to the roots of the first season? Either way I will watch 😂😂😂😂.”

90 Day Fiancé Spoilers: Don’t Try And Be Too Similar

One fan who previously tried to sign up for the show didn’t make it. So, in a warning, he mentioned not being too similar to existing cast members. They wrote, “I tried but it was similar to Sumit and Jen’s. Paki/USA.” Perhaps. that’s a blessing as fans grow very weary of their never-ending road to nowhere.

If you want to apply for five minutes of fame with TLC, you may apply HERE.

Be sure to catch up on everything happening with the TLC franchise right now. Come back here often for more 90 Day Fiance spoilers, news, and updates.