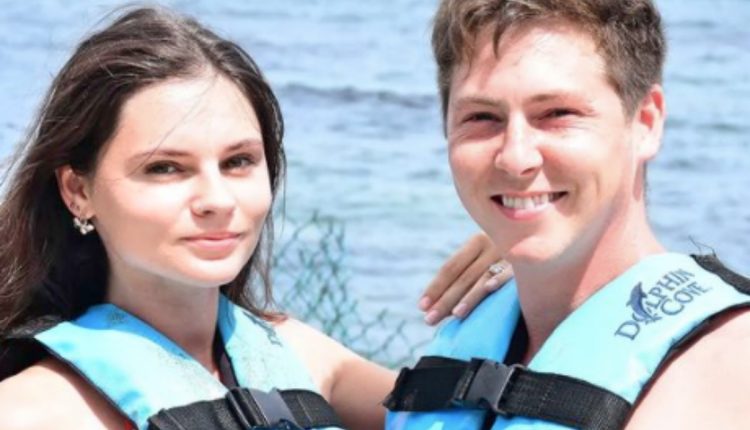 90 Day Fiancé spoilers show fans seem to like Brandon Gibbs and Julia Trubkina. However, they don’t really like his parents. Actually, some major drama went down with them and some people hated that Julia complained so much about the farm. However, some fans think the drama was scripted as they emerge on social media looking very happy as a family. Anyway, a lot of fans like them despite the drama in the show. So, why did fans slam them this week?

TLC fans slammed Brandon Gibbs’ mom and dad, Betty and Ron. Earlier this year, critics felt that they might be the worst ever parents in the franchise. To them, Betty seemed overbearing and narcissistic. Plus, critics felt that she kept Brandon busy on the farm so he wouldn’t meet a nice girl and marry her. Naturally, she took a deep dislike to Julia. However, many people thought that it didn’t matter who he brought home, Betty and Ron would not welcome them. 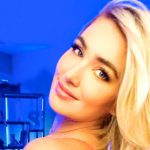 90 Day: The Single Life Spoilers: Stephanie Matto Is Back and Fans React

90 Day Fiancé fans heard in August that Julia and Brandon might actually return to the Virginia farm. Recall, they married and moved away. That came after Brandon seemed a bit unhappy with staying so far from his dad, who seemed in ill health. About the time they decide on a move, Ron and Betty seemed distraught and even offered to assist them with getting a place closer to home. Despite the drama in the show, the young couple accumulated about 300K followers on Instagram. Fans love to see them looking so happy and in love these days.

Hardly any hate goes toward the couple these days, so why on earth are so many people unhappy with them now? Brandon and Julia shared similar photos on their respective Instagrams. At the moment, they visit Jamaica, and they went swimming with Dolphins. The one that Julia posted up showed her in close company with three of them. Meanwhile, Brandon’s photos showed him hitching a ride and hanging onto their fins. Clearly, they loved every minute of it, and for Julia, it was the first time she experienced that. 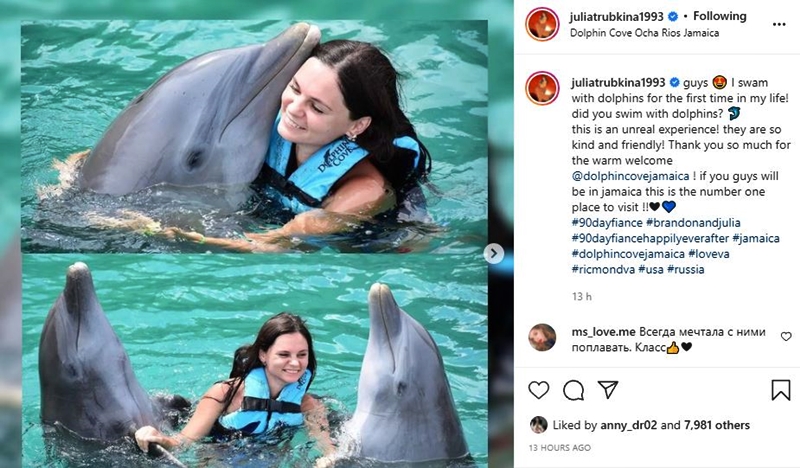 Unhappy fans of 90 Day Fiancé lambasted both of them. Not all of them complained, mind you, especially those people who experienced it for themselves. However, many people feel that keeping anything in captivity is terribly cruel. Additonally, they hate that people handle wild animals. One fan said to Julia, “No cuz its (sic) animal cruelty and promoting it is no bueno, should prob just delete it or change your caption to something woke.”

Now You Know Why They Got Slammed, More Comments

Other angry comments flowed in like this one: “🤦🏻‍♂️🤦🏻‍♂️🤦🏻‍♂️ Nothing but animal cruelty for profit. Gross.” More followed with a fan writing, “Take this sh*t off, and never visit a place like that again. All you’re doing is supporting dolphin exploitation. And you’re defending it in your comments.”

Not everyone joined in the conversation slamming them. One fan said, “they get pretty much slaughtered out there in the wild.. maybe they’re safer in a different way.“

What are your thoughts? Sound off in the comments below.

Be sure to catch up on everything happening with the TLC franchise right now. Come back here often for more 90 Day Fiancé spoilers, news, and updates.