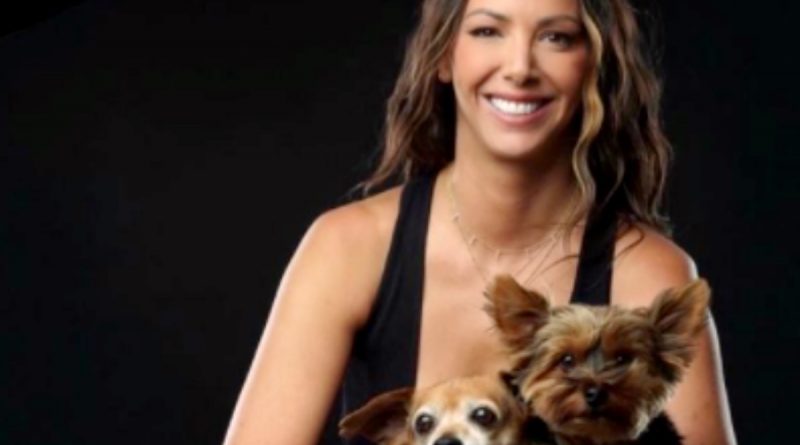 Vanderpump Rules (VPR) spoilers show alum Kristen Doute probably felt really annoyed when Faith Stowers accused her and Stassi Schroder of racism. Well, they ended up bounced off the show by Bravo and trounced by critics. Perhaps they thought it was a bit of a joke to call the cops on Faith who cheated with Jax Taylor, knowing she wasn’t a wanted criminal. Well, both of them moved on and these days, Kristen seems to find her way okay. Now, she talked about achieving personal growth.

Lisa Vandepump and Stassi Schroeder seem to have made up any differences they had after the firings. Lisa chatted about it at a Febreeze partnership promo. Apparently, they chatted more than once, and they seem in a reasonably good place. Actually, Lisa really couldn’t do much to stop the action that Bravo took, even if she wanted to. Meanwhile, Stassi admitted soon after her firing that probably, she couldn’t really blame anyone for her own actions. 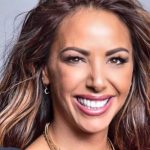 It’s not at all clear if Vanderpump Rules alum Kristen Doute and Lisa get along. However, fans do know that she seems in a good place. Her book, He’s Making You Crazy: How to Get the Guy, Get Even, and Get Over It, launched. Plus, she obviously plans something for her future. The news came in early October, that the VPR alum listed her LA home. Her asking price of $1.3 million, could net her some profit. In the meantime, it looks like Kristen did some introspection.

Kristen Doute took to her Instagram on Thursday, October 7, and shared a post, citing it to “naaveesa (via Instagram).” The slide spoke about “being at peace” with yourself. It also mentioned making “mistakes,” and trusting the “wrong people.” Plus, it talked about the realization that you maybe did or said something that you don’t feel “proud of.” Next, it talked about how those “imperfections” and “lessons” are all part of “maturing.” Admitting mistakes is all part of achieving growth. Well, clearly, Kristen took something from that. 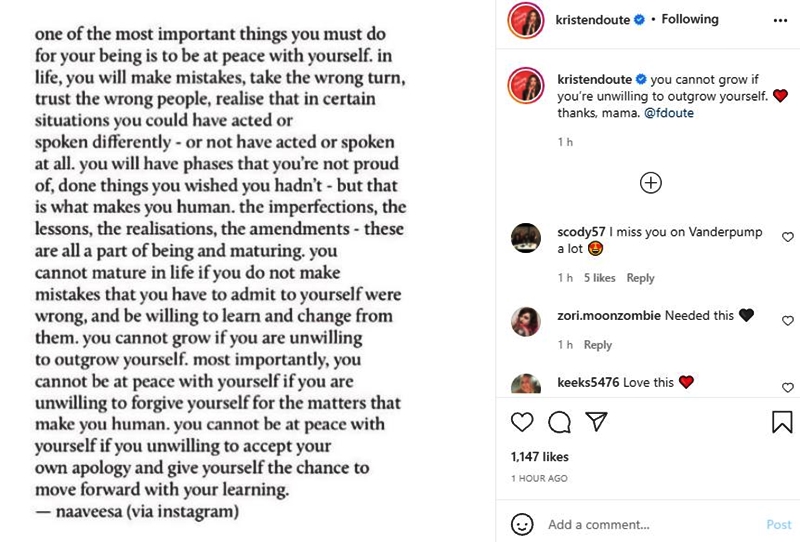 The Vanderpump Rules alum wrote a caption that said, “you cannot grow if you’re unwilling to outgrow yourself ❤️,” adding “thanks, mama.” In the comments, a lot of VPR fans seemed pleased with the post and the caption. One follower wrote, “Good for you! I agree with you! ❤️” Then another fan wrote, “Kristen…always enjoyed your work…Hope life has wonderful things for [you] in your personal travels.”

Kristen Doute retains 757k followers on Instagram, and many people still love her despite her firing by Bravo. Some of them still miss her on the show, which airs Season 9. However, the world of reality TV can be very unforgiving, so she’s not likely to return to VPR.

Be sure to catch up on everything happening with the cast of VPR right now. Come back here often for more Vanderpump Rules spoilers, news, and updates. 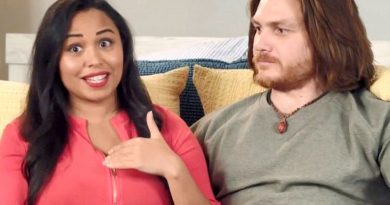 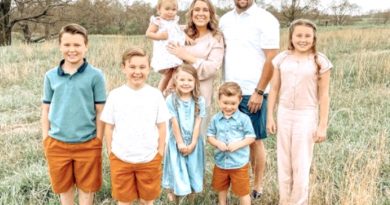 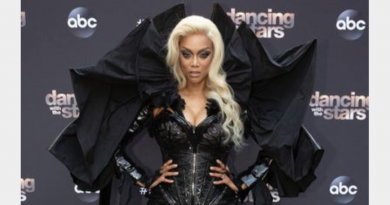