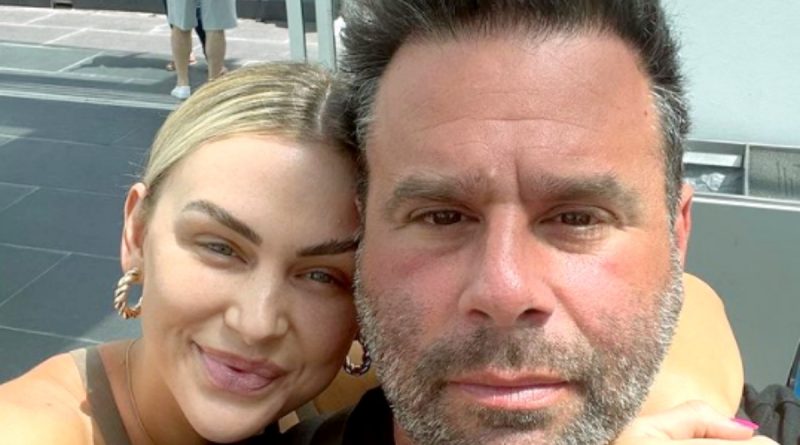 Vanderpump Rules (VPR) spoilers show stars Lala Kent and Randall Emmett now raise their own adorable daughter, Ocean. So, loyal fans really hope that this weekend’s runaway rumor that they split is wrong. Recent speculation came from the tabloids about Randall cheating with other women. Plus, it didn’t help that Lala shared an Instagram Story about Beyonce’s song “Sorry.” Is there any truth to the rumored split?

Bravo fans know that in the past, Lala put off her wedding. However, they seem very tight together. Now that baby Ocean arrived, on the surface of things, they couldn’t be happier. In fact, just the other day, Lala posted up a photo of Ocean meeting with Stassie Schroeder’s baby, Hartford. No sign of anything wrong between the couple emerged at the time. So, was something brewing behind the happy faces of the proud parents? Sometimes, it’s hard to tell with Lala. In fact, on occasion, she archives photos of Randall when she feels irritated with him. This weekend, she did exactly that. 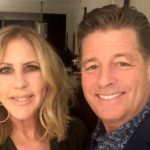 Those fans who follow Vanderpump Rules star Lala Kent saw that back in late September, she hardly seemed like the jealous type. Admittedly, she probably only joked about giving Randall permission to thirst for other women. But still, it does indicate a bit of tolerance. She said on her Instagram account, she would allow Randall Emmet chances at getting it on with other women. In fact, they included, “Beyonce, Irina Shayk, or Rihanna.” However, she also demanded a “Hall Pass” for each of his. Actually, given his job in movie production, he probably meets with other women all the time.

Daily Mail UK reported that Randall was seen with two women, neither of whom were Lala Kent. Soon after that, fans noticed that Lala once again archived photos of him on her Instagram. As tumors of a split trended, blogger @cici.loves.you gathered all the juicy info together and shared them on Instagram. In her caption, she wrote, “The internet is trippin’ today. I refuse to believe this. This will genuinely (sic) break my heart cause I kinda have a soft spot for Rand.”

Naturally, Vanderpump Rules fans jumped onto the page to have their say about it. One fan wrote, “I really really really really hope this isn’t true. I listen to their pod and their vibe is amazing. I don’t know, maybe I’m naive, but I kinda don’t think so?” Actually, other fans also think a split seems unlikely. 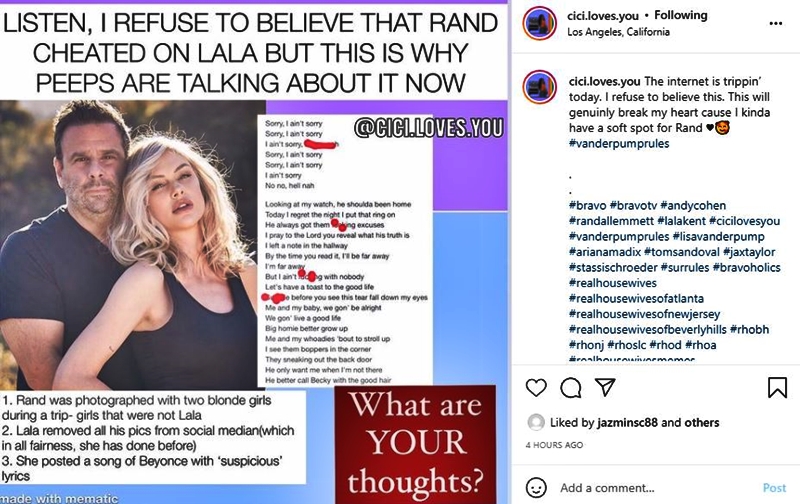 One fan pointed out something interesting. They noted, “hasn’t rand been in Vegas for the poker World Series around this time? Not Nashville? But even if that was him, that doesn’t mean he’s cheating. And Lala admits that she archived their pics every time she gets mad (low key love that energy lol) sooooo hopefully it’s a lot of smoke over nothing.”

Is It Just Rumor and Smoke?

What are your thoughts on the Lala Kent and Randall Emmett splitting rumors? Do you think she really broke it off with him? Sound off in the comments below.

Be sure to catch up on everything happening with VPR right now. Come back here often for more Vanderpump Rules spoilers, news, and updates. 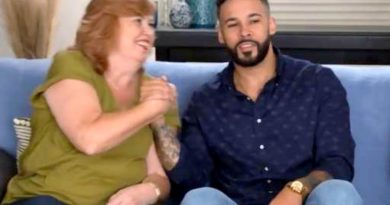 I love A Mama’s Boy Season 2: Bryan Takes Mom On Their Honeymoon 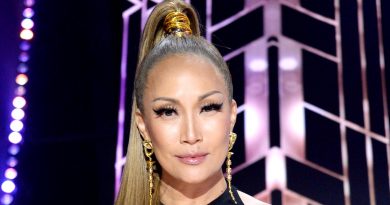 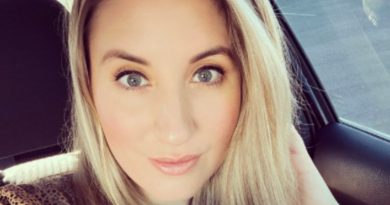